What to see in Le Marais?

Le Marais is one of the most emblematic neighborhoods of Paris and is located in the 3rd and the 4th districts. This is a place full of history which is divided in several parts with, in each one, different atmospheres. We no longer count what you could do in this quarter !

A little bit of history 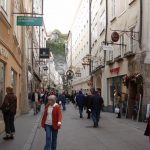 Le Marais is located over an old wide swampy area, hence its name (« Marais » means  « Marsh »). It was built in the Middle Ages, housing historical buildings such as the wall of Philippe Auguste, and religious buildings built around it, such as Saint-Paul-Saint-Louis Parish. In the 17th century, King Henri IV built the present Place des Vosges (formerly Place Royale), a perfect place for walks. Later, in the 19th century and even earlier, Ashkenazi jews persecuted in Eastern Europe settled in the neighborhood. Today, the Jewish quarter is a legacy.

Le Marais has become, today, a district both historical and trendy. This neighborhood is also known for being gay-friendly.

How to experience it?

Philippe Auguste’s wall is located not far from the Saint-Paul gardens, and was built in the 12th century by this King of France who reigned at the same time. It is the oldest wall in Paris, and it served to delimit the boundary between Paris and the exterior.

You can also find the Hotel de Sens, which is a 15th century historical hotel which houses now a library, and which has its own gardens, the Jardins de l’Hôtel de Sens, in which you can enjoy the sun during the beautiful days. 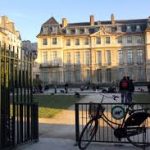 This area is not only full of history but also of arts. The Picasso Museum (Musée Picasso), inaugurated in 1985, exhibits the documents and works of the artist, as well as the House of Victor Hugo (Maison de Victor Hugo), located on the Place des Vosges (built by King Henri IV), where he lived from 1832 to 1848. You will also be able to visit a jewish art gallery, the Art 25, as well as the Museum of Art and History of Judaism (Musée d’Art et d’Histoire du Judaïsme).
The Carnavalet Museum (Musée Carnavalet), which traces the history of Paris, is also located in the district, where you can learn more about the history of Le Marais (check more information here). 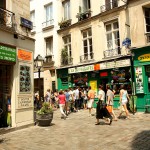 Le Marais includes a jewish quarter called Pletzl (Pletzl means “small place” in Yiddish), which begins in the rue des Rosiers, this cobbled street where you can taste delicious falafels at l’As du Falafel (pay attention to the length of the queuel because they are victim of their success!) or at Mi-Va-Mi. You can also find synagogues or kosher shops in this historical place, inhabited by the jewish community since the Middle Ages.

The Holocaust Museum (Mémorial de la Shoah), not far away from the emblematic Pltetzl, is a must-see and is one of the most emotional places in the neighborhood. There are permanent exhibitions, with documents from the Second World War, including the Holocaust, during which the Jews of France and Europe were deported. There is a crypt containing the victims’ ashes, pictures, the names of the deportees, the names of the Justes (those who hid the Jews). As well as a bookstore that offers more than 3000 references on this topic.

Le Marais is probably the most gay-friendly neighborhood in the capital, where you can find many gay bars. You can also find thrift stores, such as Kilo Shop, one of the thrift shops in Paris where you can make really good deals.

Enjoy your walk in Le Marais !