Discover our selection of the top 5 historical monuments in Paris!

There is no better way to discover the history and culture of Paris than by visiting some of its breathtaking historical monuments, which are scattered in and around the capital. With so many on offer in Paris, it is often difficult to know where to start, especially if you are here for only a short amount of time. To help you, we have narrowed it down to the top 5 historical monuments in Paris. 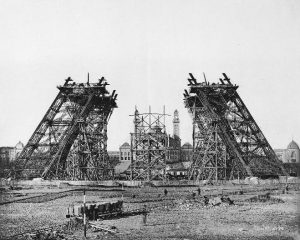 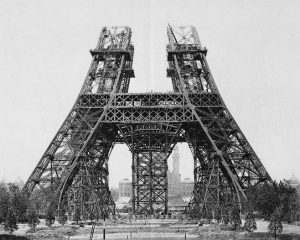 This is the first of our top 5 historical monuments in Paris, perhaps an obvious starting point. Designed and constructed by Gustave Eiffel for an international art festival, this must-see monument was intended to be but a temporary feature in Paris. Thankfully still with us, it is now one of the most frequented tourist attractions in Europe, if not the world. And it is for good reason that this is the case. Beautiful when sighted from a-far, astounding when seen up-close, you absolutely cannot miss La Tour Eiffel during your stay in the city. Alight at Trocadero (Metro line 6 or 9) for a breathtaking view of this historical monument, or take a trip in the lift to the top. 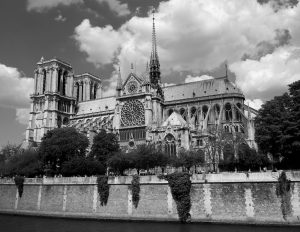 The historical monument is synonymous with Paris and, if for no other reason, should be on your list because it is completely free to enter! It is truly one of the most beautiful buildings in Paris, internally and externally, and celebrated its 850-year anniversary in 2013, a veritable Gothic masterpiece. We recommend going early in the morning or later in the evening to avoid the long queues. Furthermore, there are regular services and all are welcome to attend the mass, especially if you enjoy choral music. One almost feels transported back in time at this hauntingly beautiful, historical monument.

Iconic in Paris and around the world, l’Arc de Triomphe commemorates the lives of all the French soldiers who fought and died in the French Revolutionary and Napoleonic Wars. Commissioned in 1806, inscribed with the names of French victories and generals, this historical monument is a must-see for your stay in Paris. One can approach the base of the arc wherein lies the Tomb of the Unknown Soldier, buried after World War I, for whom a flame is rekindled every evening. This famous monument is fascinating for those interested in the history and culture of France as a nation. We also recommend that you make the climb to the top of the Arc, preferably at sunset, as it will provide you with a view of Paris like no other. 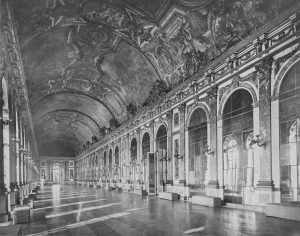 A short train ride away from the centre of Paris lies the astonishingly beautiful palace and gardens at Versailles. Commissioned and built during the reign of King Louis XIII and extended by his son Louis XIV, the Sun King, the palace encapsulates the glamour and wealth of the French Monarchy from the 17th century up until the Revolution. Be prepared however, the Palace and its gardens are vast, so make sure to set-aside a full day for your trip to Versailles. Incredibly luxurious and self-indulgent, a feast for the eyes, this historical monument is absolutely worth the time and money. 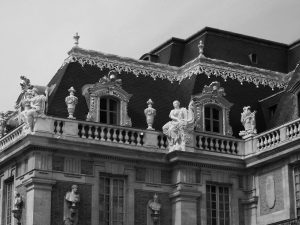 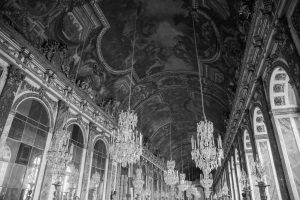 This is the last of our top 5 historical monuments in Paris. Designed by Paul Abadie in Romanesque-Byzantine style, the construction of this Parisian landmark began in 1875, desired by the conservative Catholics. It was both a movement against the Paris Commune, the rebelling Republicans, and a signalling of national penance after France’s defeat during the Franco-Prussian War. Entrance to the basilica is free and we recommend you take a trip there on a Sunday to witness the world-renowned organ, built in 1898, being played at Mass and Vespers. This historical monument is the second highest point in the city and a trip to the top is highly desirable. There is a charge to access the Dome but upon reaching the top, you will be treated to, arguably, the best panoramic view of Paris.

There are, of course, countless historical monuments in Paris that are certain to impress the curious tourist. One need only wander around the capital to see that some piece of history lies around every corner. This list, although not comprehensive, provides an excellent starting point. These historical monuments are those that you simply cannot go without during your time in the Paris, and we hope you enjoy visiting and admiring each of them.

Tickets for these monuments, and many more, are included in our package deals which can be found here.

How to Avoid the Lines in Paris

Paris in 4 days all inclusive

Paris in 3 days all inclusive

Paris in 2 days all inclusive

Paris off the beaten path