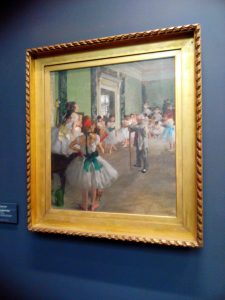 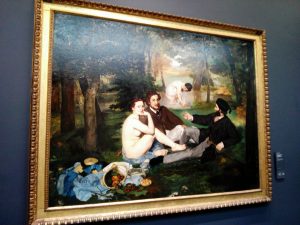 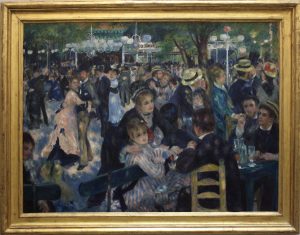 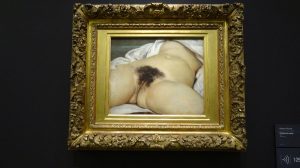 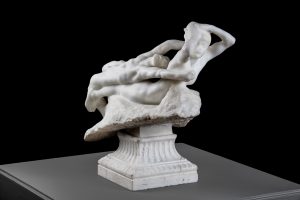 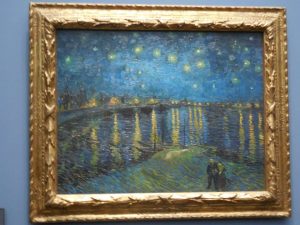 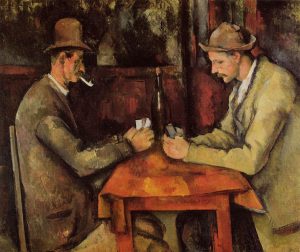 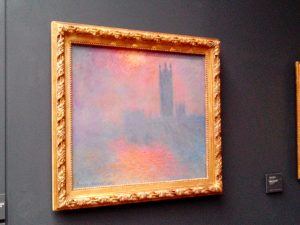 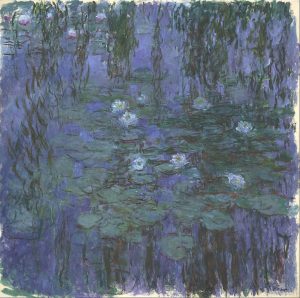 MORE ON THE MASTERPIECES

Degas used to go to the Paris Opera House, as a spectator but also as a visitor in the backstage and the dance studio: his favourite subjects were ballerinas at work, in rehearsal or at rest, through their movements, their gestures and their expressions. In this painting, the ballerinas have almost finished to train: they are stretching and paying little attention to the teacher. The painter mainly focuses on the contrast between the rigour of the class and the spontaneous movements of the subjects.

2) Luncheon on the Grass

Manet exhibited this painting at the Salon des Refusés, where it became the most important piece of art, generating laughter and scandal. Using strong contrasts, avoiding depth and perspective, Manet refuses to conform to convention and creates a new kind of representation where traditional settings meet shocking characters, for a new contemporary language.

Olympia is no longer a traditional beauty or a classical virginal body: she is a prostitute, comfortable and proud of her naked body. With this painting, Manet creates a new ‘contemporary subject’ that reflects its time: the girl is looking at the viewer as she was challenging all the conventions and the hypocrisy of high society. In a way, she represents the artist himself.

The painting shows the bourgeoisie lifestyle, after the urbanistic renovation made by Baron Haussmann: Paris is now a modern city, home for artists. Thanks to this new social class, the town becomes a vibrant and shiny place where people can enjoy themselves, dancing, drinking and talking to each other. The painting is an amazing ‘snap-shot’ of the spirit of that age.

5) The Origin of the World

The first owner of the painting (and the one who commissioned it) was a Turkish-Egyptian diplomat  who created a collection to celebrate the female body: the fascination of the painting is due to the original subject, the frankness and the “anatomical” focus. It is almost a description of female sex organs, without any context or any other element (some critics ironically said, “too real and clear to be appreciated”). This new style and language avoids pornography, thanks to virtuosity and the clear links with Renaissance Italian painters. Looking at the painting, we might feel like voyeurs or even uncomfortable: however, isn’t that the real purpose of art and the aim of artists? Looking where no one else can and show it to the people.

The small bronze sculpture is part of “The Gates of Hell”, one of the main Rodin’s projects: he worked on this project for more than 20 years (the illustration of Dante’s Inferno) and you can see the tortured soul of the artist through the anatomy and the movements of the bodies he created.

7) Starry Night over the Rhône

Everybody knows the tortured life of Van Gogh: he’s been a miner’s priest; he started painting really late; he spent years inside the Arles asylum; he committed suicide. However, not everyone knows that he painted most of his masterpieces in the last two years of his life. The Starry Night is one of them: a view over the Rhône river from Arles, where he lived in 1888.

The painting is a clear example of the transition from Impressionism to a new aesthetics, which will become Cubism: this post-impressionist work wants to celebrate poor and common members of lower classes in Provence. However, the realism of the scene is “altered” through the use of saturated colours and broad brushstrokes.

In his late years, Monet, the Impressionist icon, rejected the conventional “beauty” and the artistic accuracy. He only wanted to “catch” the essence of a moment: the scene was the same for every painting, but the changing light contributed to create a new painting every single time. Here, there’s a strong contrast between the colours and the silhouette of the Parliament, which gives the feeling of something never seen before.

Monet grew water lilies in the water garden he had installed in Giverny: the garden, the bridge and the pond became the artist’s major inspiration (he used to say that his best masterpiece was his garden). The very subject is the pond: there is no sky, nor details. The forms and the brushstrokes gives the impression of an infinite abstract landscape.

Model of the Paris Opera House 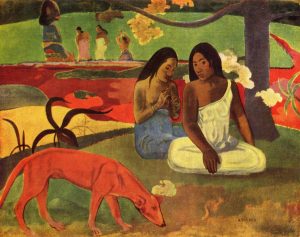 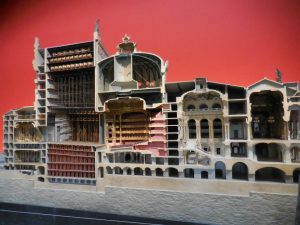 The model of Paris Opera House 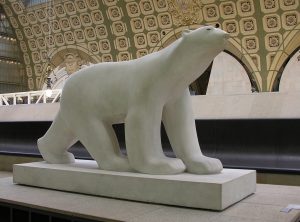