Have you heard about a very charming district of Paris full of students and always pleasant ? If so, it was definitely the depiction of the Latin Quarter. Called this way because the language used there was the Latin for a long time, its particular atmosphere with all its monuments, museums, green spaces and narrow lovely streets makes it a must-see of Paris we will tell you everything you should know about.

Let’s start with the most famous monument of the Quarter: the Pantheon. First built as a church in the 18th century under the reign of Louis XV as a tribute to Sainte-Geneviève, the Pantheon became lay during the French Revolution, although it knew some periods of religiousness afterwards. But since 1885, it is the place which houses the graves of “The Great Men of the Homeland”, be they writers such as Victor Hugo or Rousseau, scientists like Marie Curie, or supporters of the Resistance and “Justes de France” like Jean Moulin.

As for religious monuments, you can find different kinds: there is the beautiful church Saint-Etienne du Mont located just behind the Pantheon, but you shouldn’t miss either the Great Mosque of Paris, whose green-white colours and peacefulness will amaze you ! 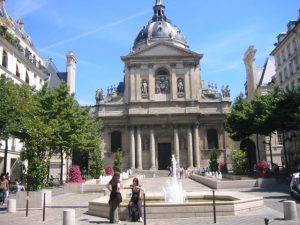 The Latin Quarter is also famous because you can find there a lot of renown schools, and the streets and gardens are crowded with students. Don’t miss the amazing Sorbonne and its square from which you’ll be able to admire its chapel, having a drink in the outside. The Sorbonne is surrounded by the most brilliant high schools of France, Henri IV and Louis Le Grand, but also by the “Collège de France”, which is a prestigious monument dedicated to education and research. Thus, you won’t escape the lively but peaceful atmosphere the students give to this quarter, especially in the Luxembourg’s garden. 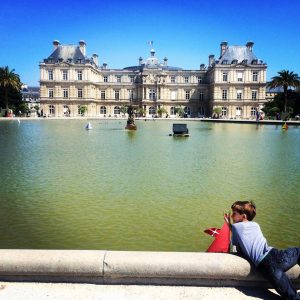 As we just said, the Luxembourg’s garden is one of the most famous in Paris. It was created with its Palace at the request of Marie de Médicis in 1612, and they both belong to the Senate today. It is divided into a French and an English-styled part, and there are many activities you can do there to relax, such as contemplating the fountains and statues or renting a remotely controlled boat for the kids.

Further, next to the Great Mosque, you can find the Jardin des Plantes, made of greenhouses, specialized gardens, and even a small zoo. The variety of activities it offers will undoubtedly enable you to get your fill of nature !

Appended to the Jardin des Plantes stands the National Museum of Natural History, in which you should go especially if you want to discover the evolution of species and wander among life-size representations of them. If you are fond of nature, animals and biology, you shouldn’t miss this museum ! 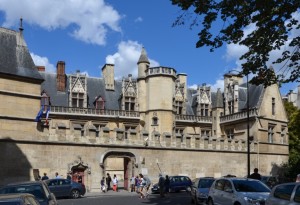 In a very different category, you can visit the Musée de Cluny, dedicated to the Middle Age, as suggested by its physical appearance. You’ll be stunned by the place itself, composed of the Gallo-Roman thermal baths of Lutèce and the hotel of Cluny, which will immediately dive you into another time. The vestiges you will find there are also very varied : there are paintings, daily items, goldsmithery, sculptures… and many other treasures!

Finally, there is the remarkable Institut du Monde Arabe, along the River Seine. Retracing the story and the evolution of the Arabic world through many items such as jewels, ceramics, clothes and others… If you go there, don’t miss the rooftop’s view over the Notre-Dame Cathedral and l’Ile de la Cité which will leave you delighted. 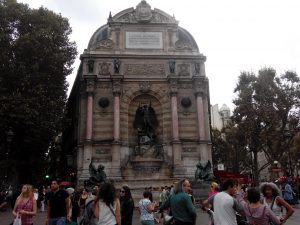 There are two boulevards you shouldn’t miss : the Boulevard Saint-Michel and the Boulevard Saint-Germain. The first one begins at the Square Saint-Michel, where you can find a very beautiful fountain, and reaches the Port Royal intersection throughout the main sights, like the Pantheon, the Museum of Cluny, or the Odeon Theatre. The second one is headed to the National Assembly, and will provide you a pleasant walk with its restaurants, luxurious boutiques and numerous furniture trading names, without forgetting the beautiful Church Saint-Germain des Prés. 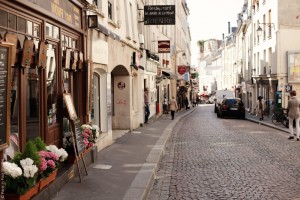 The Latin Quarter is also made of pretty and lively streets. The Rue Mouffetard, one of the oldest streets of Paris, is famous for its restaurants and cafés, while the Rue Vaugirard, the largest of Paris, is known for its shops. It goes from the Sorbonne Square to Versailles, through Odeon, the Senate, and the Luxembourg. What a pretty walk, isn’t it ?

Along with these main sights, the Latin Quarter is composed of many bridges and fountains, combined with a joyful atmosphere which will make you fall under its spell…