The Catacombs of Paris: History and Rumors 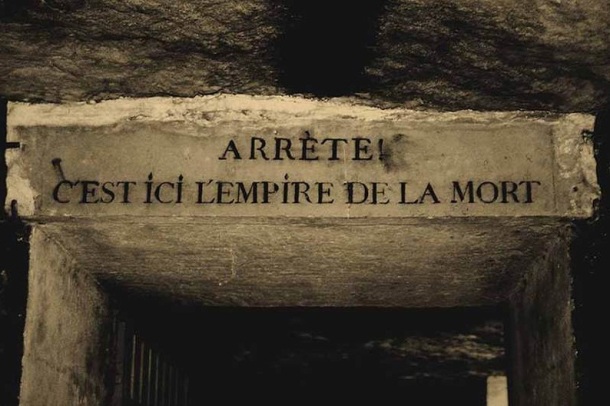 The Catacombs of Paris are an interesting site to see, but beware, this place might not be for everyone. Even though this site contains a great deal of information and questions about Paris’ history and geography, there are many bones and skulls lined up all throughout the passage. Therefore, if you do not have a tolerance for skulls and bones or are claustrophobic, I would definitely not recommend this place. However, if what I just said does not change your opinion or even peaks your interest, then here’s some background behind the tunnels used for mining and as the burial grounds for approximately 6 million people (at least from the parts of the catacombs that have been discovered so far). 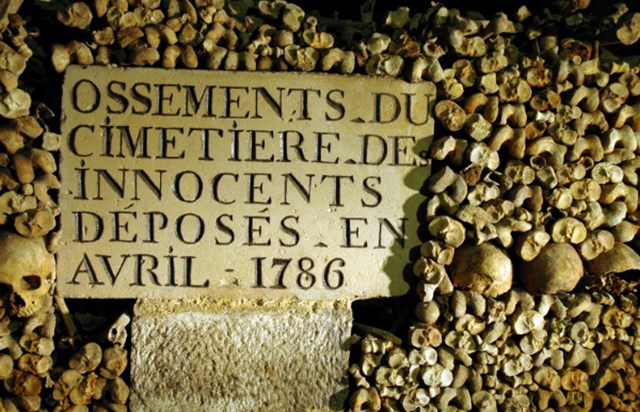 During the 17th century, there were two main problems and the French government decided to solve both these problems together. The first problem was an overflow of bodies in the cemeteries, specifically Saint Innocents. The initial solution was to exhume bodies and store them within the walls of the cemetery, but the cemeteries were still running out of space, due to the high amount of people dying from problems such as famine and disease.

Simultaneously, in some of parts of Paris, the ground had started to cave in. As a result, many tunnels used for mining had been discovered. There was a huge chain of tunnels that still to this day have not been completely discovered. These tunnels were primarily used for mining limestone, a material utilized in the construction of roads, bridges and buildings all over Paris. However, the tunnels had been abandoned and forgotten during the 13th century. Due to these problems, the two problems were combined into a solution where all the bodies were transferred to the tunnels beneath the city. 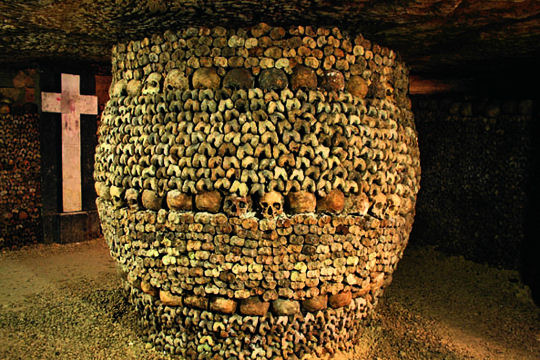 Public visits to the Catacombs began as early as the 1800’s; however, only the higher classes could afford to visit the mines with the permission of a mines inspector. For a short period of time, the catacombs were even closed to the public for about 17 years, due to the church’s disapproval towards exposing human bones to the public, before being reopened. After increasing demand over the years, the opening hours gradually grew from 4 visits per year to daily visits.

The entrance to the Catacombs of Paris is located in the 14th arrondissement (Denfert-Rochereau Metro Station) and costs $12, excluding the audio guide. The public only has access to a small part of the tunnels, but the walk through the tunnels still takes a good 45 minutes, covering a distance of 2 km (~1.25 miles). The tunnels are rumored to be approximately 170 miles (280 km) long, laying directly underneath the city. There is only one entry point to the public, a spiral staircase of 130 steps. Before going downstairs into the tunnels, there is a small exhibit that explains Paris’ geological history. Within the tunnels themselves, the bones have been organized by the cemeteries they were transferred from, including the year. Since the tunnels are underground, the temperature is lower than it is outside, so it would be a good idea to bring a sweater with you, even if you are visiting during the summer.

Starting in the 1970’s, the Catacombs of Paris developed many followers, better known as Cataphiles, who enjoy discovering the mines underground illegally. These explorers find and create new passages to different parts of the carrières de Paris (quarries of Paris). It is believed that you can enter the Catacombs through the sewers, metro and other man-made holes. Because there are electrical wires, pipes and other elements that can make it difficult to explore the Catacombs, accessing the catacombs unofficially is heavily fined. The Cataphiles have been mainly associated with artistic movements, particularly when in September 2004, an underground movie theater was discovered by the police. Since there are other official entrances for employees and excavators, there are some people who carry the key and might use it for illegal access. To this day, there are many Cataphiles who still go underground to either explore and add to their maps, photograph, paint murals or even dig more tunnels.

How to explore Bois de Boulogne

A review of the Eiffel Tower tours