It is one of the world’s most popular delicacies, but few people know a lot about it. In the chocolate museum for chocolate lovers (Musée Gourmand du Chocolat) in Paris, you can taste your way through the evolution of chocolate. During a visit to the Musée Gourmand du Chocolat you will learn how the Mayans and then the Aztec used to grow cocoa trees, how cocoa beans conquered Europe, but also how cocoa is converted into chocolate. A master chocolate maker will make chocolates for you with a tasting sessions that is of course included in the visit. Visit now and try different chocolate products while watching how they are made and enjoy a cup of hot chocolate at the end.

The building has 3 floors. You start on the ground floor where you go into the history of cocoa and the use of cocoa. Starting with the Olmecs, Mayans, and Aztecs, you will learn more about the important role cocoa played in ancient cultures. Jump to the year 1502, when Christopher Columbus and his crew robbed a Maya merchant and confiscated some cocoa beans in the process. He was not impressed by the goods but nevertheless brought the cocoa beans back to King Ferdinand and Queen Isabella as a curiosity. By the end of the 16th century, cocoa use was widespread across Europe. 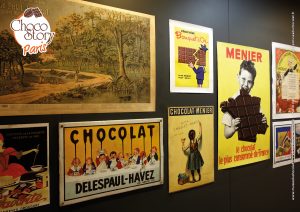 The basement is one of the most fun parts of the museum. Here you will find very special chocolate creations like a very large Eiffel Tower of chocolate and a very large Arc de Triomphe made of chocolate. Extremely beautifully crafted, and incredibly detailed there are also fashion designs of chocolate such as dresses and heels.  The dresses have actually been worn by real models.

You can also see how the process of making chocolate has become increasingly streamlined over the centuries. Look at demonstrations that take place in the basement every 25 minutes to discover the secret behind the glossy outer layer that makes chocolate cakes so attractive, and sample a few chocolate products made on the spot.

The chocolate maker will show you how pralinés with hazelnut in it are made. Before each session, you will watch a short film explaining how chocolate is produced nowadays, from harvesting cocoa until the final transformation to chocolate. 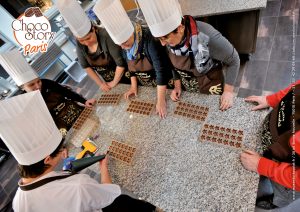 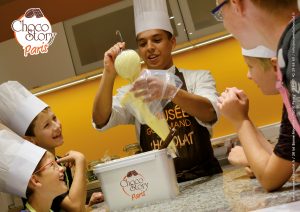 The best part of this demonstration: you can taste chocolate from different countries. Enjoy the creamy smoothness of Costa Rican chocolate, the delicious “melt-in-the-mouth” fruitiness of Peruvian chocolate, the sweet aromas of cocoa beans from Vanuatu and much more. You will also learn that chocolate has many benefits for your health. 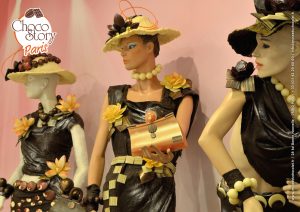 Various objects and beans are exhibited in which information is always given in 3 languages: English, French and Spanish.

At the end of your visit, enjoy a cup of hot chocolate milk and take a look around in the museum shop to buy a book, souvenir or some chocolates.

Paris Museums Which Match With Your Tastes

We all know the classics of the Paris Museums : the Musée du Louvre, the Musée d’Orsay, and the Musée du Quai Branly. The three general museums for those who are in a hurry and want to do a quick and unavoidable visit of Paris. And what if you want to be more specific? Here are some suggestions to discover unusual Paris Museums. 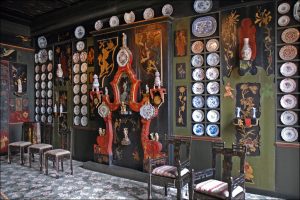 We obviously recommend the House of Victor Hugo (Maison de Victor Hugo), which the famous writer occupied at the Hôtel de Rohan-Guémenée, Place des Vosges, from 1832 to 1848. A place of life and a place of writing (« Les Misérables » was written here) which evokes his early youth, and offers a collection of objects redrawing his life, from the exile to the « after exile », exposing his drawings, family objects too, and manuscripts. Relive the life of the author of « The Huntchback of Notre Dame » by exploring his apartment from the antechamber to the Chinese salon at 6 place des Vosges 75004 Paris. 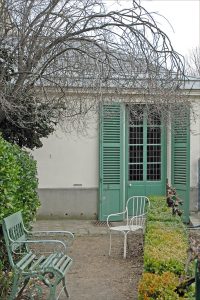 The House of Balzac (Maison de Balzac) is also a must-see for anyone in love with French writers. You can find the author’s famous “Cabinet de Travail” (Study), his personal effects and the table where he wrote many works such as “Une ténébreuse affaire”. A library is set up and is open to all, including original editions and bindings of the romantic era. Discover Balzac at 47 rue Raynouard 75016 Paris.

Among the Paris museums, you can find everything. As proof, scientists will find fulfillment in the Cité des Sciences et de l’Industrie, located in the Parc de la Villette. You will be able to discover mathematical challenges, discover the mysteries of sound, light and brain, take a break in the space dedicated to the aquarium, and for astronomy lovers, you can visit the “Objectifs Terre” section dedicated to the revolution of satellites. Interesting temporary exhibitions are also held throughout the year. You can find it at 30 avenue Corentin Cariou 75019 Paris.

The Curie Museum (Musée Curie) offers to discover the life of the physicist and chemist Marie Curie and her family who hold five Nobel Prizes. First woman to have received one, she discovered with her husband two new elements: polonium and radium. This museum houses her laboratory which has been preserved without any change, the garden she has herself arranged in the Radium Institute, and even her office. All the secrets of this famous scientific family can be found at 1 rue Pierre et Marie Curie, 75005 Paris.

If you are a fan of history…

Come and discover the first steps of the humanity at the Museum of Natural History of Paris (Muséum d’Histoire Naturelle), in particular at the Grande Galerie de l’Evolution, in the rooms devoted to the evolution of life, mankind or even animal species, whether you are interested in the marine environment, the terrestrial environment, or both. A permanent exhibition describes how mankind has changed its environment, from Homo-Sapiens to nowadays, evoking the transformation of landscapes and pollution. Location : 36 Rue Geoffroy-Saint-Hilaire 75005 Paris. 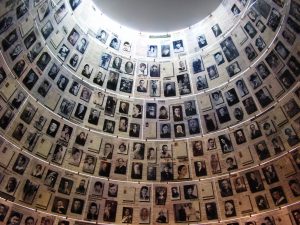 We would also recommend the Holocaust Memorial (Mémorial de la Shoah), which relates the history of the genocide of the Jews during the Second World War. More than 5,000 square meters of exhibitions of pictures, original documents, and activities are available to permit the visitors to pay tribute to the memory of the deportees, but also of the « Justes », French people who helped to avoid several other deaths by hiding Jews in their houses. You can also find here a bookshop to increase your knowledge about this period, which offers more than 10,000 documents tackling the history of the Shoah. The museum is located at 17 rue Geoffroy l’Asnier, 75004 Paris.

You may be interested in the Invalides, which hosts the museum of War, of World Wars, the memorial Charles de Gaulles, and the tomb of Napoleon : check information here. 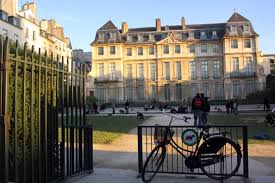 The Picasso Museum (Musée Picasso) is for you. It contains a large collection of paintings and sculptures of the artist, representing the movement of cubism of the XXth century. The museum has various pictures and archives of the same century, by Picasso himself and artists of the time like Brassaï or Man Ray. 5 rue de Thorigny 75003 Paris.

You will especially appreciate the Museum of Modern Art of the City of Paris (Musée d’Art Moderne de la Ville de Paris), between the Champs-Elysées and the Eiffel Tower, which counts nearly 9,000 works belonging to different movements of the XXth century and especially the second half, where you will discover chronogically and thematically movements such as New Realism or Conceptual Art. So, artists, find yourself there : 11 avenue du Président Wilson 75016 Paris.

And for the gourmands… 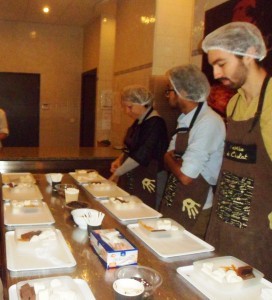 There is the Museum of Chocolate (Musée du Chocolat), where you can learn about the history of chocolate, meet chocolate makers, taste chocolates, or create your own! We are not telling you more. Go to 28 Boulevard de Bonne Nouvelle, 75010 Paris.

We hope you will enjoy the Paris museums as much as we do!