Arles is a city in the south part of Provence which is mainly famous for the Roman and Romanesque monuments and sights spread around the town.

Most of the sight are listed as UNESCO World Heritage Sites.

The most important among them is the Roman Arena, inspired by the Colosseum: it has two tiers of arches and it has been recently used also for nonviolent bullfights. Another important sight is the Gallo-Roman theatre, where plays, orations and pantomimes were held.

Besides, you can visit the church of Saint Trophime, a Roman Catholic building with Romanesque architecture: there, you can admire decorated columns, Last Judgement’s sculptures and even a cloister. In the city centre, you can relax in Republic Square and, if you are interested, you can visit some important museums, such as the ancient history museum of Arles. 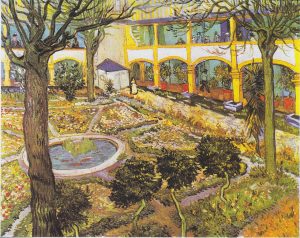 The city is famous also for the heritage left by Van Gogh: he lived there one year and produced over 300 paintings: around the city, you can see many of the landscapes and sights he used as subjects for his paintings – the starry night, the yellow house, the river, the arena, the café at night and so on – and you can learn about his life and his style at the amazing Foundation Van Gogh.