Located in the 6th arrondissement of Paris, Saint-Germain, also known as Saint-Germain-des-Près, is a famous quarter with a good selection of restaurants, boutiques, cafés and museums. Named after the oldest church in Paris, this quarter is situated right by the Seine and is known to be one of the more high-end areas in Paris.

When the weather is nice outside (mostly during the summer), you will find many local artists and art dealers lined up on the street trying to sell their pieces. There are also several art galleries along the streets in Saint-Germain, holding artworks that are truly exquisite.

Historically speaking, this neighborhood has seen many renowned figures throughout the decades, in addition to being an area of central activity during the French Revolution. The most famous cafés in this area used to be frequented by people such as Ernest Hemmingway, Simone de Beauvoir, Picasso and Jean-Paul Sartre. Furthermore, L’École de Beaux-Arts, one of the most notable schools in France is located in the quarter. At one point in time, it was the most prestigious art school in the world, graduating some of art history’s infamous painters, such as Monet, Fragonard and Delacroix.

Within the neighborhood, there are many museums; the popular ones being Musée National Eugène Delacroix and Musée du Luxembourg. Musée National Eugène Delacroix is a museum dedicated to the artist whom it is named after and is located in his last apartment. More than 1000 works of Delacroix rest in this museum. Musée du Luxembourg was initially an art museum and is the first museum of contemporary art in France; however, now, it is more like an art gallery with temporary exhibitions. 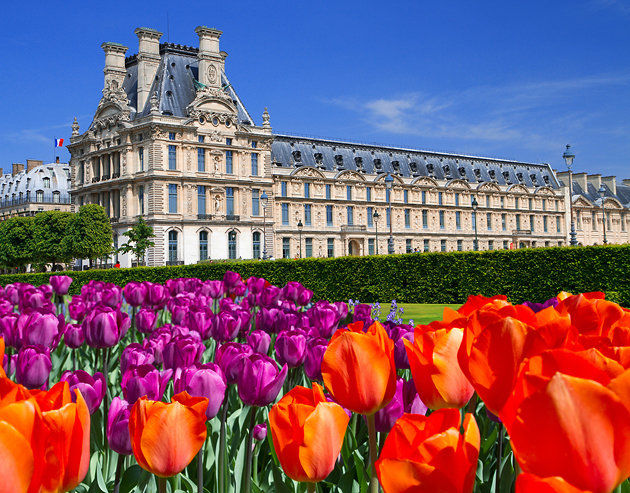 Towards the south of the quarter, you will find the Luxembourg Garden and the Luxembourg Palace. The Luxembourg Garden and Palace were both constructed for King Henry IV’s widow, Marie de Medici in 1612. The garden itself is over 20 hectares and is a great place for a flâneur or a person who loves to stroll around. This palace has been a legislative building, the headquarters of the Luftwaffe in France and also, the site for the Paris Peace Conference. There is a lot of history within this monument and it is definitely a site to see when in Paris.

In the years following World War II, cafés and bars in the quarter became very popular. As a result, many small jazz cellar clubs popped up throughout the neighborhood. Even though the bars from that time period have been closed for a long time, there are still a few cafés, such as Café de Flore, Brasserie Lipp and Les Deux Magots, in the neighborhood that have still remained. These cafés were the locations for many meetings held by Simone de Beauvoir and her partner, Jean-Paul Sartre during the existentialist movement. On rue de l’Ancienne, you can also find Café Le Procope, founded in 1686, it is apparently the oldest café/restaurant in France, having served some of America’s and France’s important figures, including Thomas Jefferson, Benjamin Franklin, Balzac and Victor Hugo.

For more information where to stay in Saint-Germain, check out our article on hotels.

Saint-Germain-des-Près was home to many notable figures and still remains one of the most visited neighborhoods in Paris.