Normandy Beaches Tour, An Other Side Of Normandy

Want to take a relaxing break ? Normandy Beaches Tour is the vacation for you. You will find perfect places to spend relaxing holidays, don’t wait anymore and book your trip with our guide.
More than just being the region of the Normandy Battle, its landscapes have actually made it a cradle of art, and more specifically an impressionism. Indeed, plenty of gorgeous landscapes sculpted by nature are inspired by this location.
Whether to do a touristic tour or an unusual getaway its all up to you!

To have advice for a Normandy Battle Tour, you can read this article here.

For a Romantic Normandy Beaches Tour

Walking along the streets and feel the French charm of the city that inspired many impressionists. A city full of flowers, it conveys a cozy and warming feeling. Fortunately, the charm of old days has been preserved since the city was affected by the bombs during World War II.

On the beach, all kinds of activities are proposed: Gliding, kite, surfing, paddle, hiking. In the summer, there are also organized sand castles contests. All the keys for a relaxing weekend! 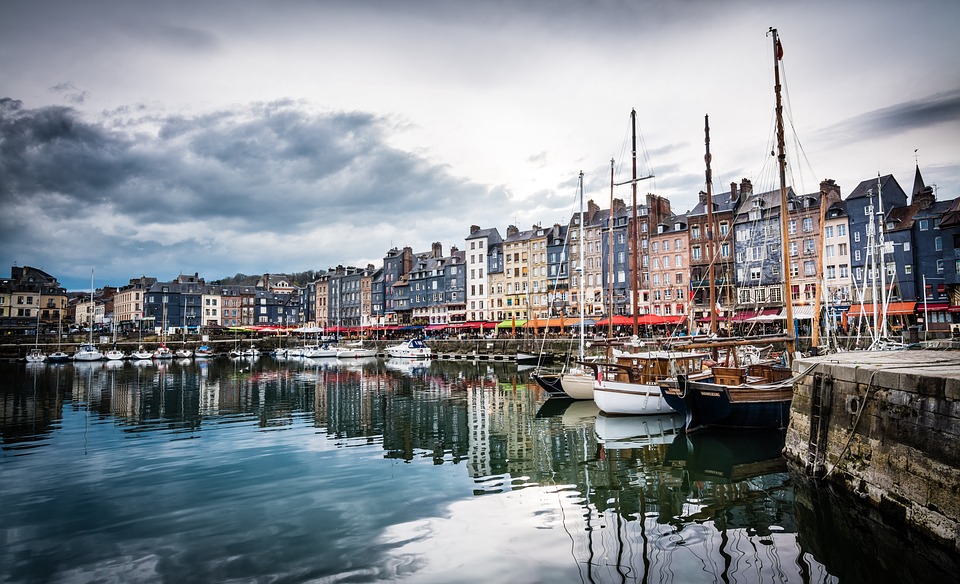 For a romantic trip between lovers, Cabourg is the perfect place! This is a popular location for filmmaking (La Boum, Intouchables…). Each year a romantic film festival is organized. There are also spa therapy and casino that are the main attractions of the city.

Another monument you can’t miss is the Grand Hotel of Cabourg. This city was made famous by the French writer Marcel Proust who stayed there for a period. He described it in his book In Search of the Lost Time. This well-known monument was also occupied by Germans during World War II. 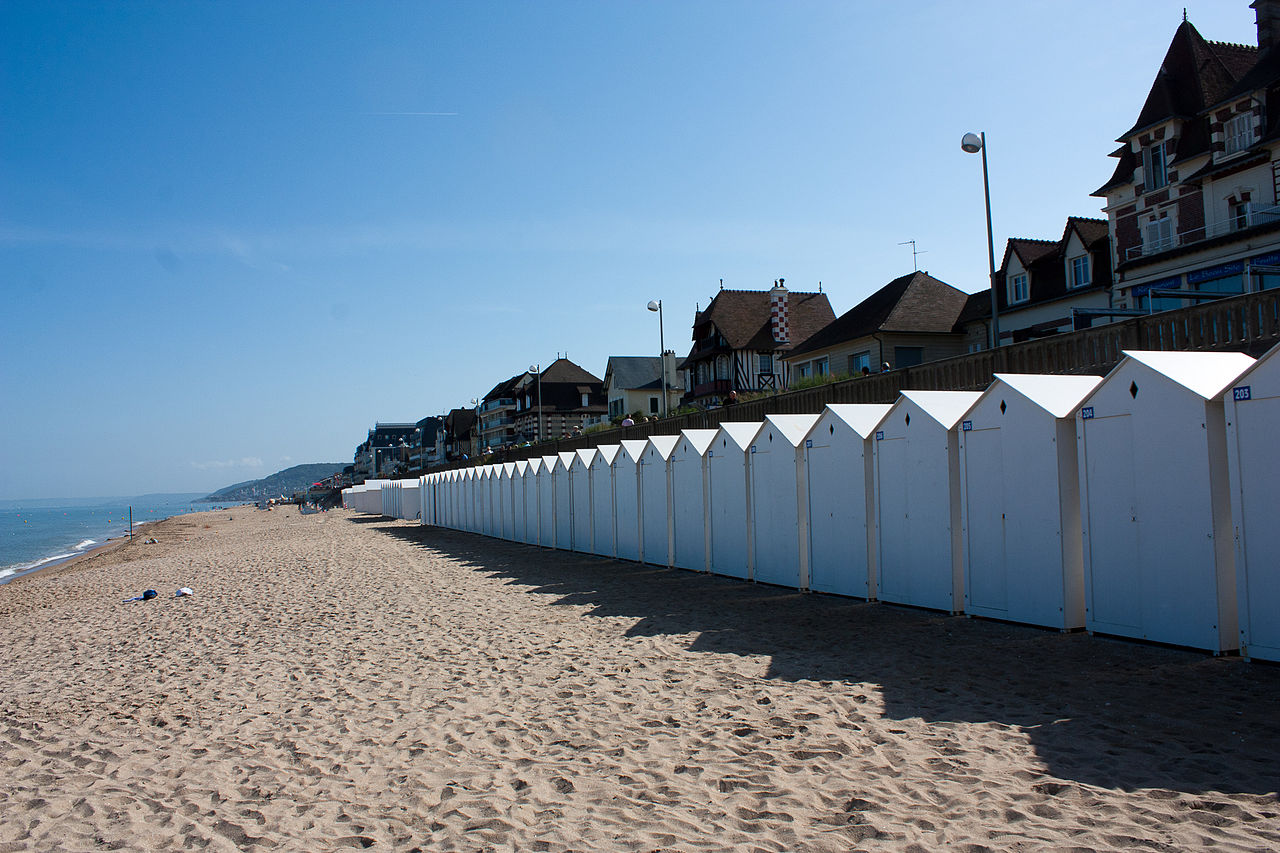 For a Family Normandy Beaches Tour

Deauville is a seaside resort, well known for its leisure port and casinos. Parisians, especially, used to come here due to its proximity.
Along the white sand beach, you will find the symbolic multicolored beach umbrellas and the mythical boards. The 3 kilometers of beach was as well used by many artists as inspirations.
For those who love horseback riding, you have 2 hippodromes and a training center at Deauville.

Across the river, you will find the twin city, Trouville. The city is quieter than Deauville, which is a more luxurious place to go. 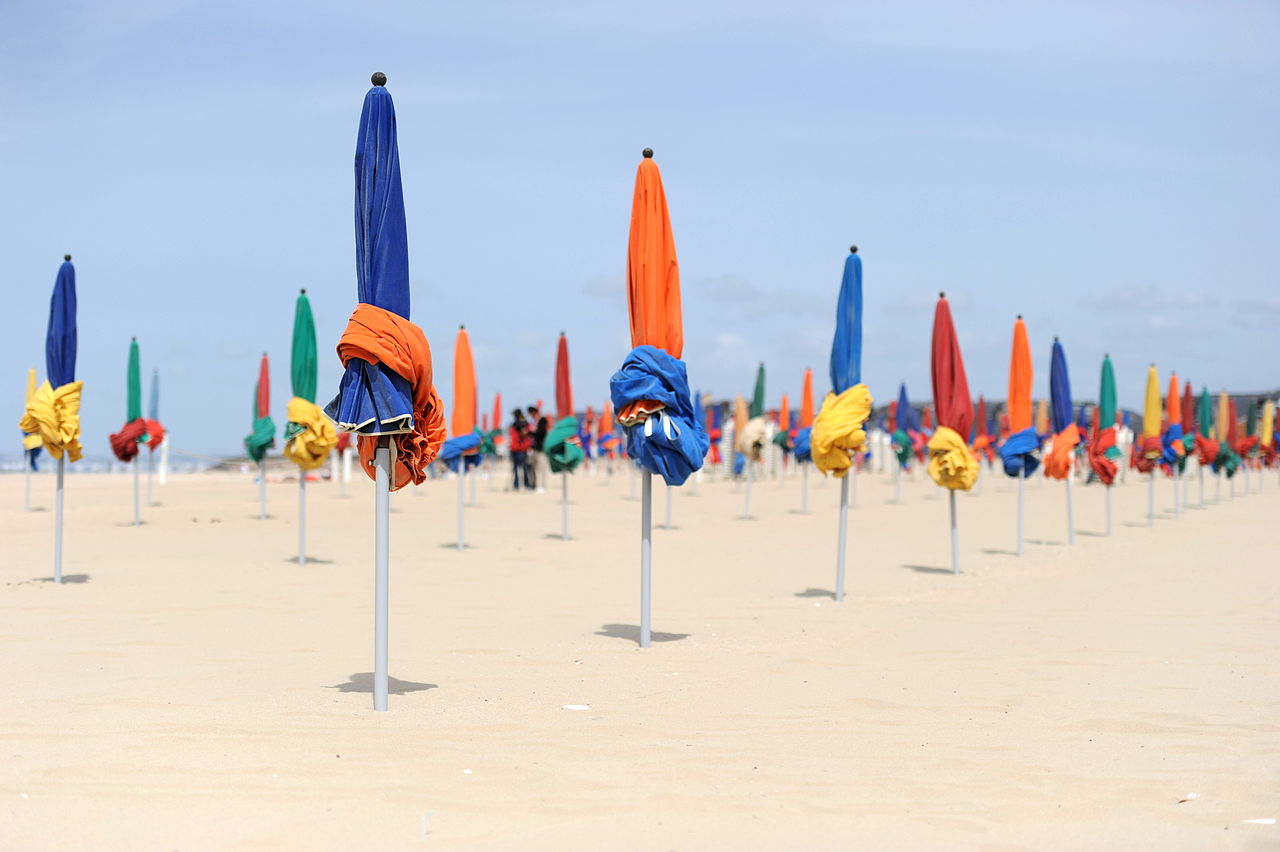 This modern city with a harbor was classified as a UNESCO world heritage site in 2005. Rebuilt by Auguste Perret after World War II’s bombing, the building has a quite unique structure.
It is as well the hometown of the impressionist painter Monet.

The most important monuments and museums are the Church of Saint Joseph and the MuMa, Museum of Modern Art André Malraux. You can also take a look at the sample flat of Auguste Perret to discover an ideal apartment in the 1950’s. 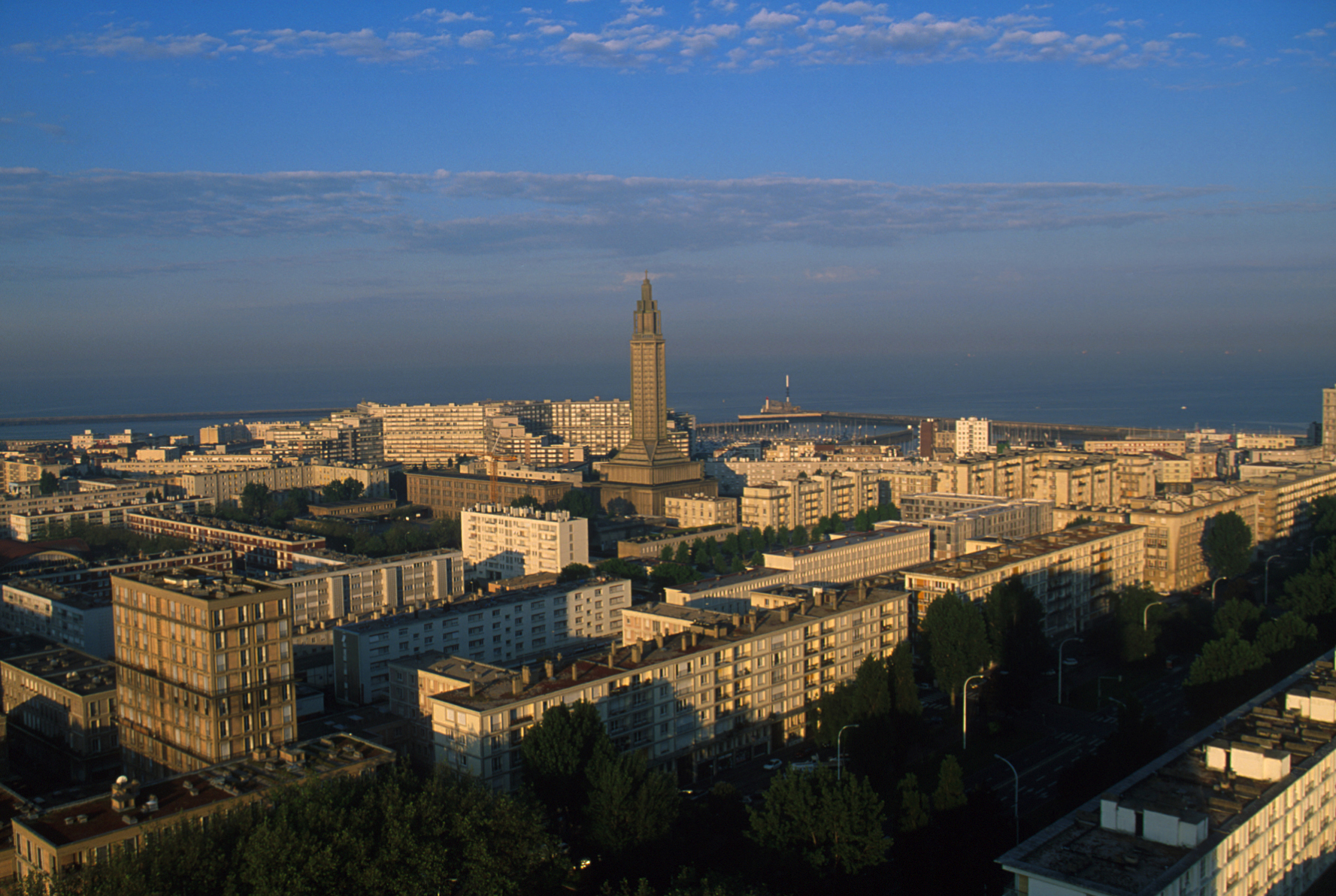 To be close-to-nature Normandy Beaches Tour

Come enjoy the sunset on the pebble beach of Etretat! Former fishing village, and as well seaside resort in the XIXth century, many painters and writers, inspired by the city, took part in its blooming. Boudin, Maupassant or Flaubert, to name just a few of the biggest ones.

This outstanding site with a natural treasure took a part in WWII. The halls were transformed into a military hospital.

The city is famous for its cliffs covered by limestone (white chalk), which gives its white color. On the Beach, enjoy the view on the Aval cliff in a shape of an arch, hollow needle, and human hole. Pay attention to the human hole so you wont fall in! 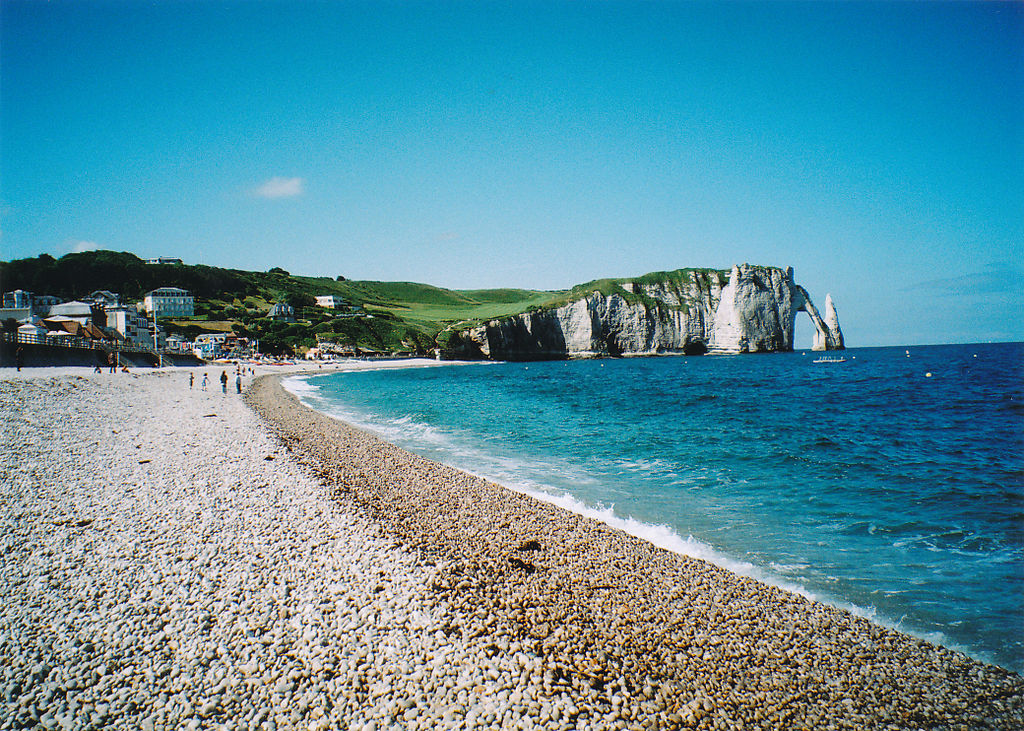 For the people who dream to be connected with nature, Tahitou is made for you! This small island is a heaven on earth, ideal for recharging your batteries. Tahitou can be reached by boat or by foot as well, for the most courageous, when the beach is at low tide.

On the island, an ornithological reserve can be found. You can also visit the lazaret, with a marine museum, and the Fort Vauban, which was classified as a UNESCO world heritage site in 2008.

Do not forget : dogs are not accepted on the island 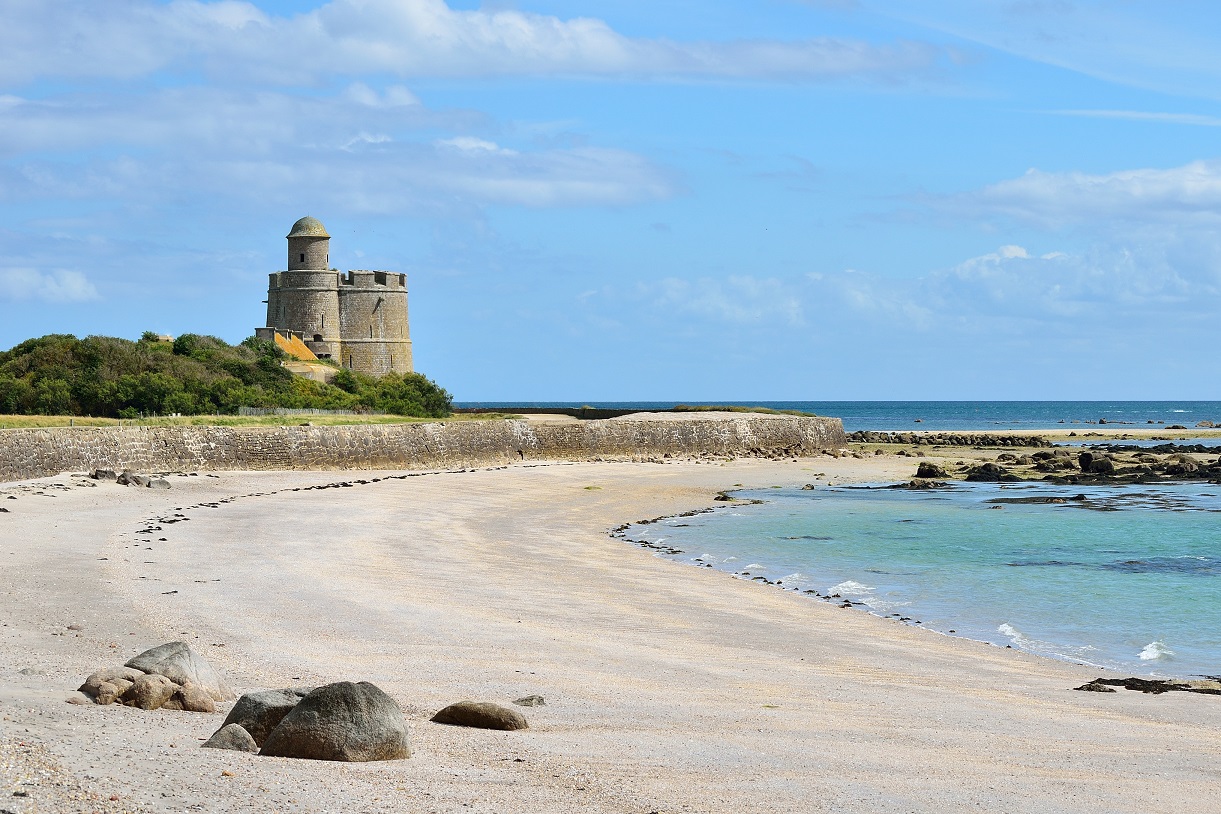