There is so much to do and see in the City of Lights.  Here is a quick list of suggestions of popular places to see over your 3 days in Paris.

Day One: Be a tourist 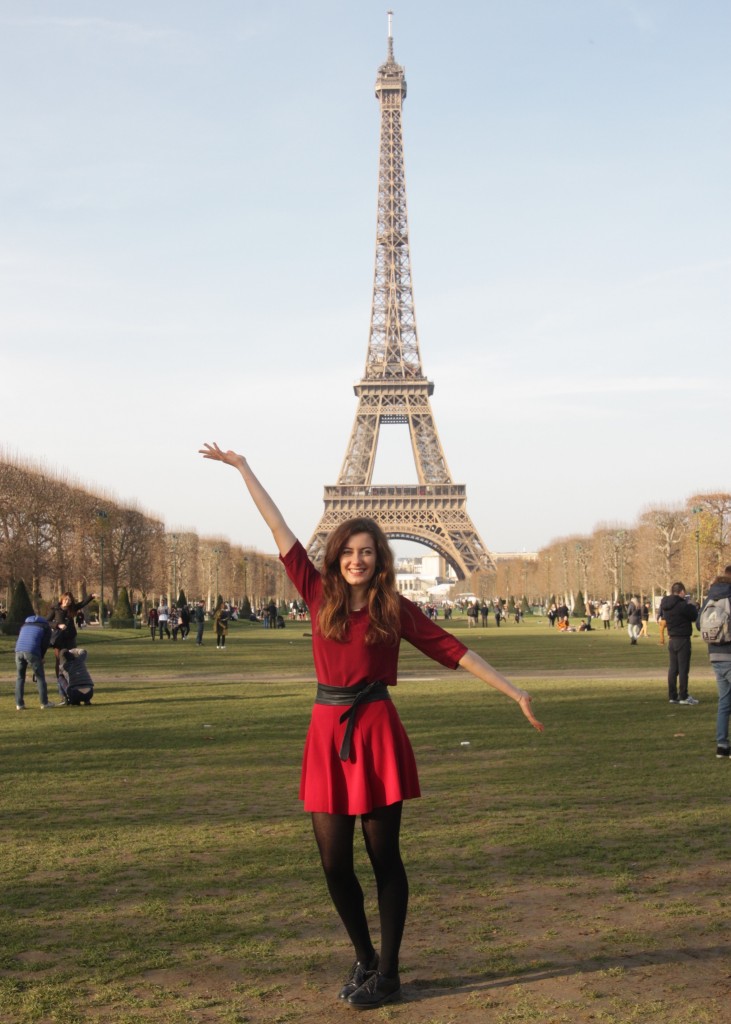 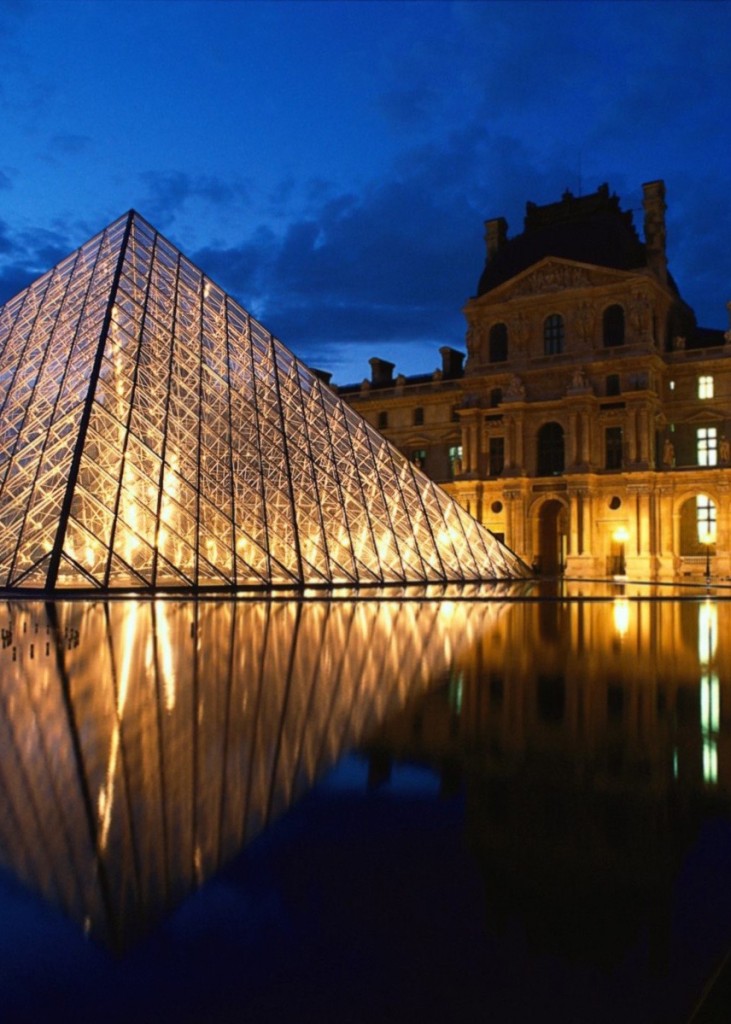 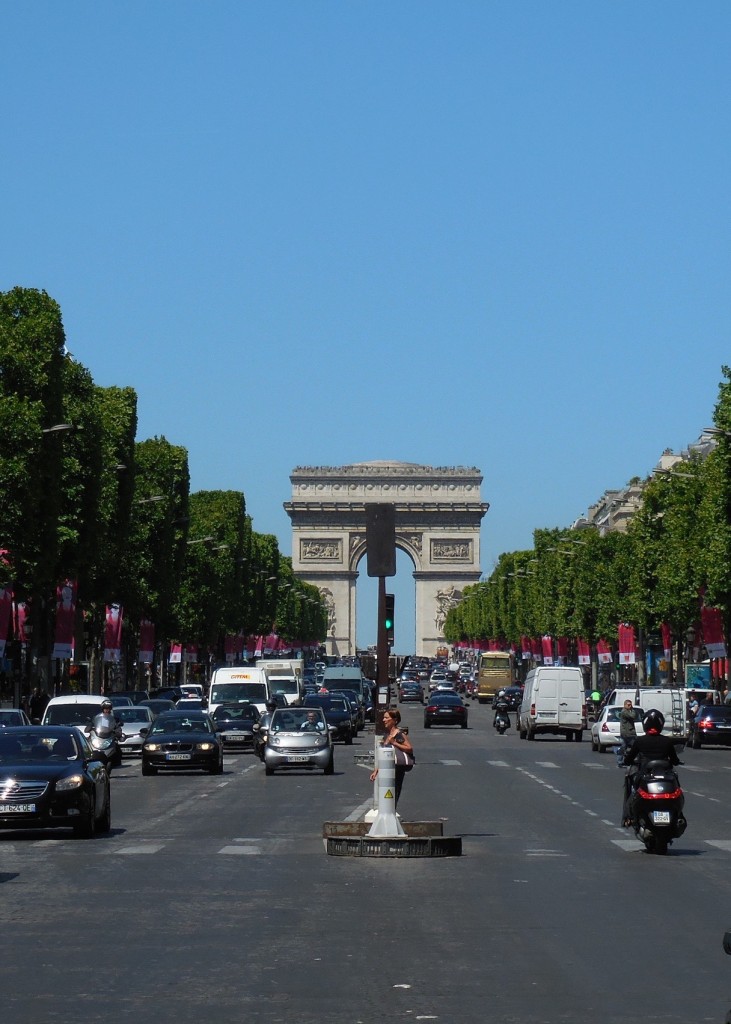 Just in case if you missed some of these on your last trip, here are some of the most important tourist landmarks to visit.

Start the day off by visiting the Eiffel Tower.  This way you can get a beautiful morning sky for photos and usually miss the rush of other tourists.  If you decide to climb the Eiffel Tower, make sure to get your tickets in advance to avoid the long line.  After the Eiffel Tower, head over to the most famous museum in Paris, the Louvre.  The Louvre is home to the Mona Lisa, Venus de Milo, and thousands of other magnificent pieces of art worth seeing.  After the Louvre take a relaxing stroll through the Tuileries gardens, just across the street.  From here you’ll end up at the Place de la Concorde with the ancient Egyptian obelisk.  After carefully crossing Place de Concord you will find yourself at the start of the iconic Champs de l’Élysée.  Take a stroll down this famous street and enjoy the beautiful store fronts, maybe even stopping in to do a little shopping.  At the end of the street you will reach the Arc de Triomphe.  I suggest you cross the street (there is an underground passage to do so as the traffic circle is very busy) and take a closer look at this impressive monument.  You can also climb the Arc de Triumph which gives you a similar panoramic view as the Eiffel Tower, but with a much sorter wait time.  After this busy day I suggest you end the day with a boat tour on the Seine.  The boat rides allow for you to see the city from a whole perspective.  There are a couple different options for taking a Seine river cruise.  Read more in depth about these tours here, so you can pick the option perfect for you. 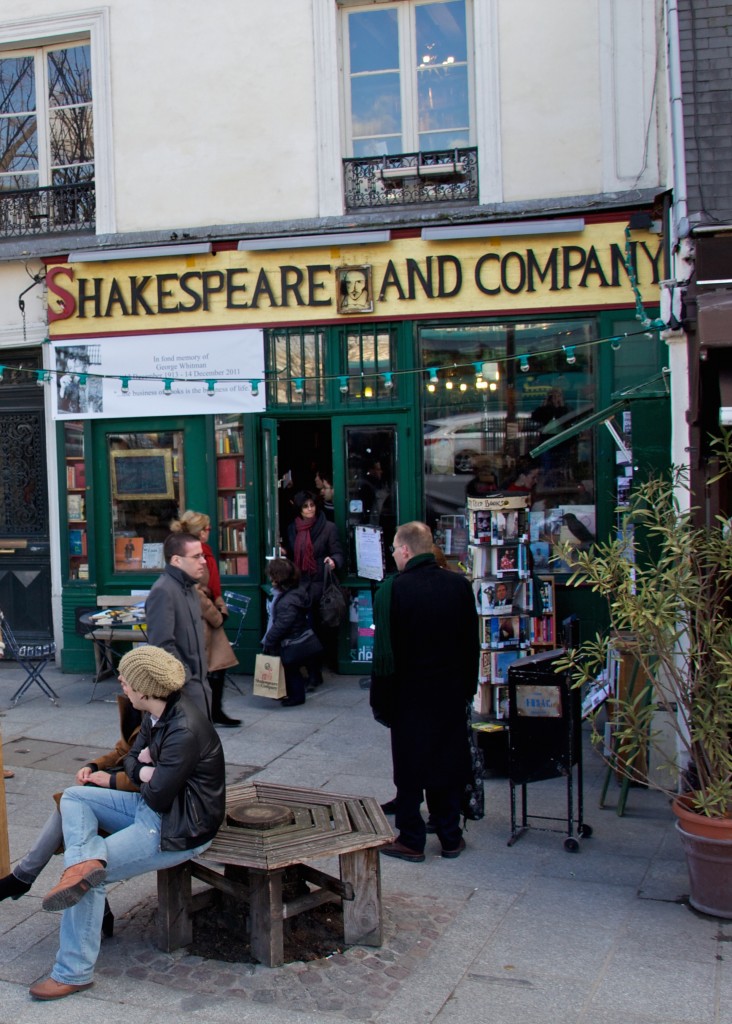 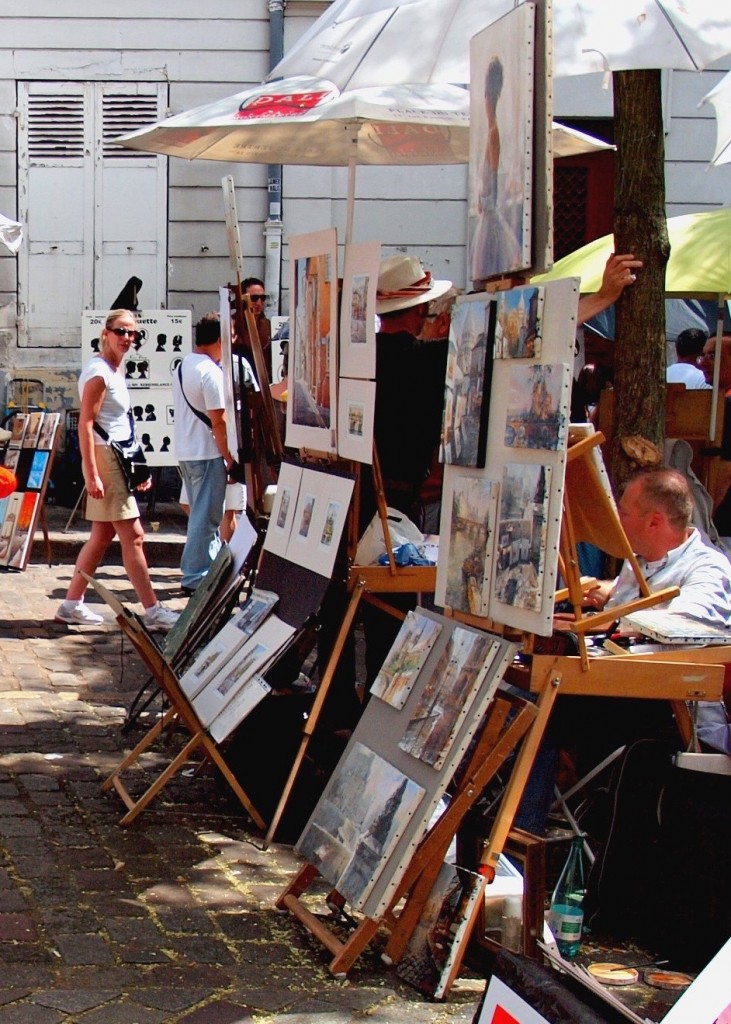 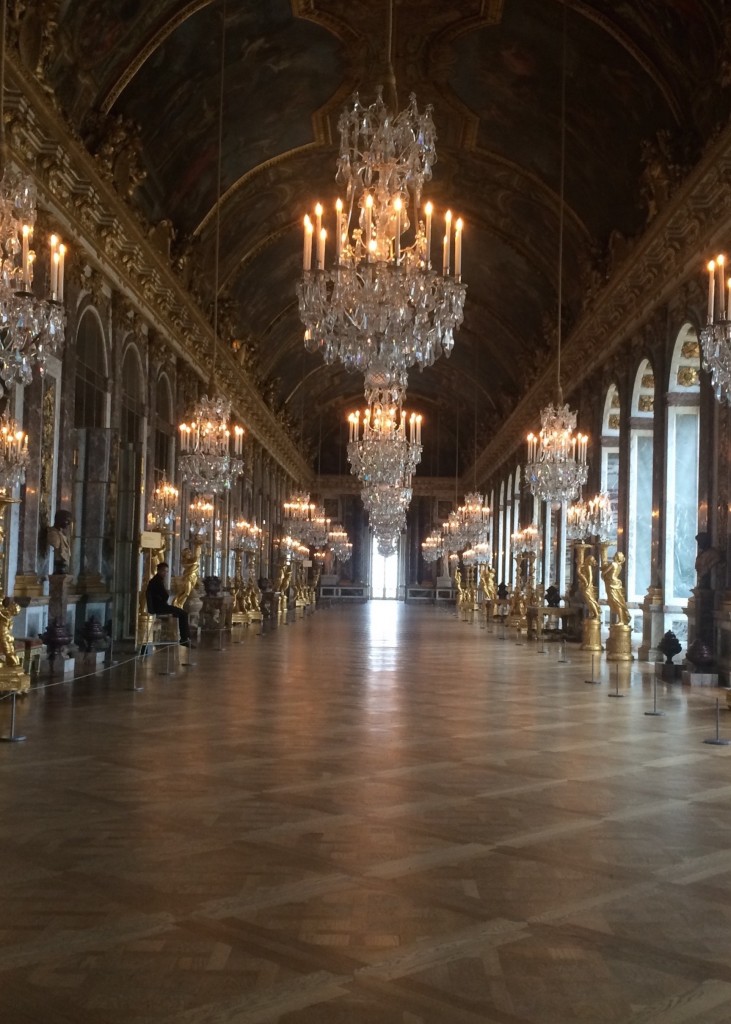 Now that you have visited some of the most famous Parisian sites, you should spend the second of your 3 days in Paris visiting the the city based off a theme. Paris is such a diverse city that there are endless options, but some themes to spend a day visiting would be places from movie, a literary visit of where famous writers spent time, art and artists or finally a visit built on royal places.

The places you visit will obvious change depending on your theme, but here are a short list of some of the places to consider visiting.

Saint Sulpice is the church visited by Robert Landon as he searches for the Holy Grail in The Da Vinci Code.  Café des 2 Moulins the cafe where Amélie Poulain works in Amélie.  Pont Bir Hakeim bridge is where Ariadne creates on her first dream with Cobb in Inception.  La Tour d’Argent is the restaurant that in part inspired the restaurant in Ratatouille.

Shakespeare and Company , Le Procope is a café that was frequented by many of the greats of French literature and politics from Voltaire to Balzac or Rousseau to Diderot, Cimetière du Père Lachaise/Montparnasse in these to Parisian cemeteries it is possible to visit the final resting places of many celebrated writers, Les Deux Magots is an other cafe that was a favorite of many great literary and artistic minds such as Picasso, Jean Paul Sartres and Simone de Beauvoir.  To show its literary renown since 1933 it has awarded the Prix des Deux Magots award.  Finally there is the Café de Flore, another cafe just around the corner form Le Deux Magots, it is also famous for all literary and artistic greats that have spent time there in the past such as Picasso, Remy de Gourmont, and Raymond Queneau.

Montmartre/Place du Tertre around this square many now famous artist lived at the beginning of the 20th century.   Musée d’Orsay is home to works of art created between 1848 to 1914 and is most famous for its large collection of impressionist and post-impressionist work. Musée de Picasso found in the an old mansion houses nearly 5,000 of Picasso’s works.  La Closerie des Lilas

If you a really a fan of Monet’s work it might be worthwhile to take a trip out to his house in Giverny a 45 minute train ride from Paris.

Sainte-Chapelle constructed in 1248, was the personal chapel of king Louis IX, Saint Louis, created to house the crown of thorns relique Saint Louis brought back from the Crusades.  Conciergerie, is the prison the Marie Antoinette was held in 1792 during the French Revolution before being guillotined.  Louvre was the royal residence between 1360 and 1683.  Although the building you see today is not the same as the one in 1360, you can still visit some of the old castle wall underground.  Notre Dame, has been the sight of various royal weddings and was where Napoleon I was crowned Emperor of the French in 1804.  Versailles is located a 40 minute train ride from Paris and is the palace build mostly by Louis XIV in the 17th century.  It is home to the famous Hall of Mirrors and vast gardens.  From 1683 until 1789 this was the royal residence.

Day Three: Be Parisian for the day 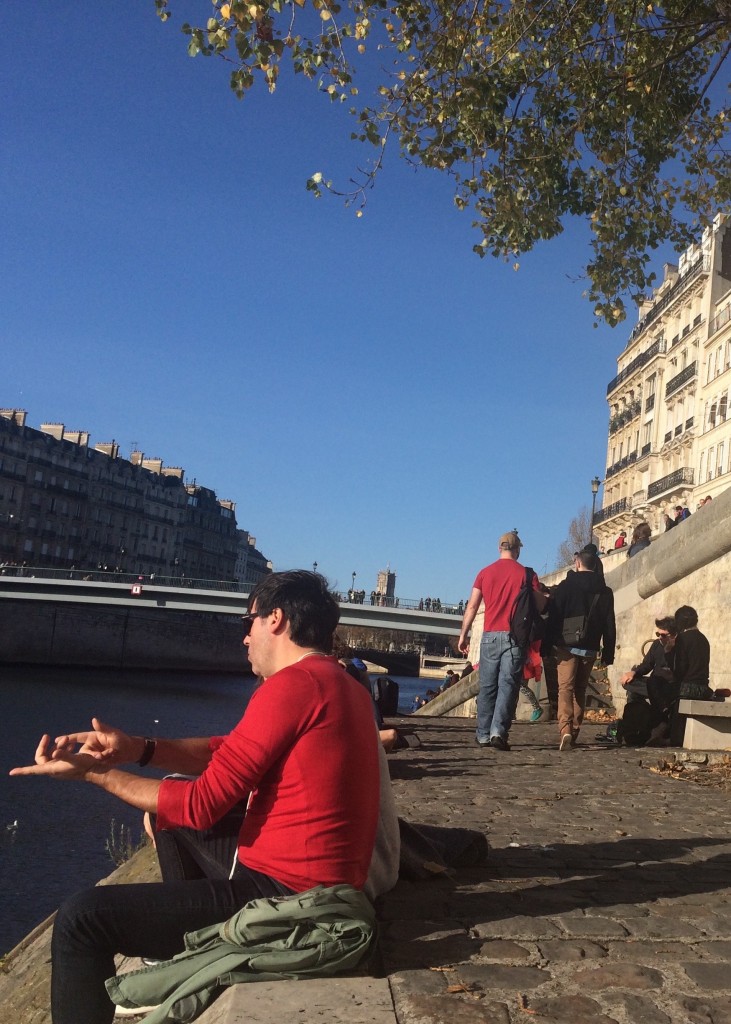 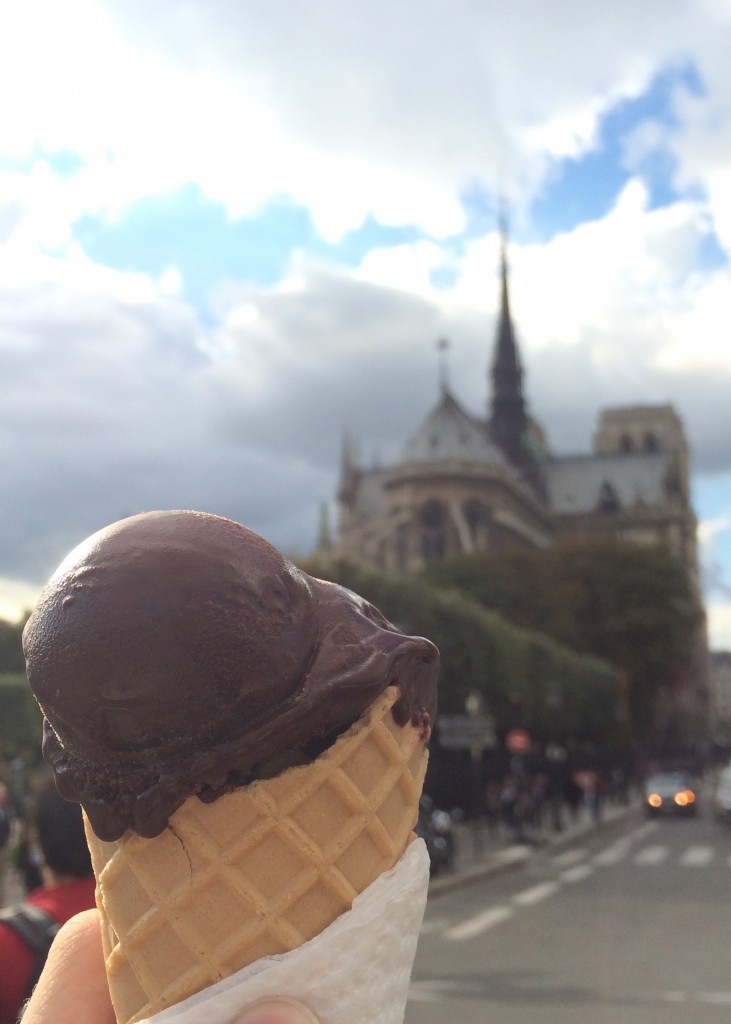 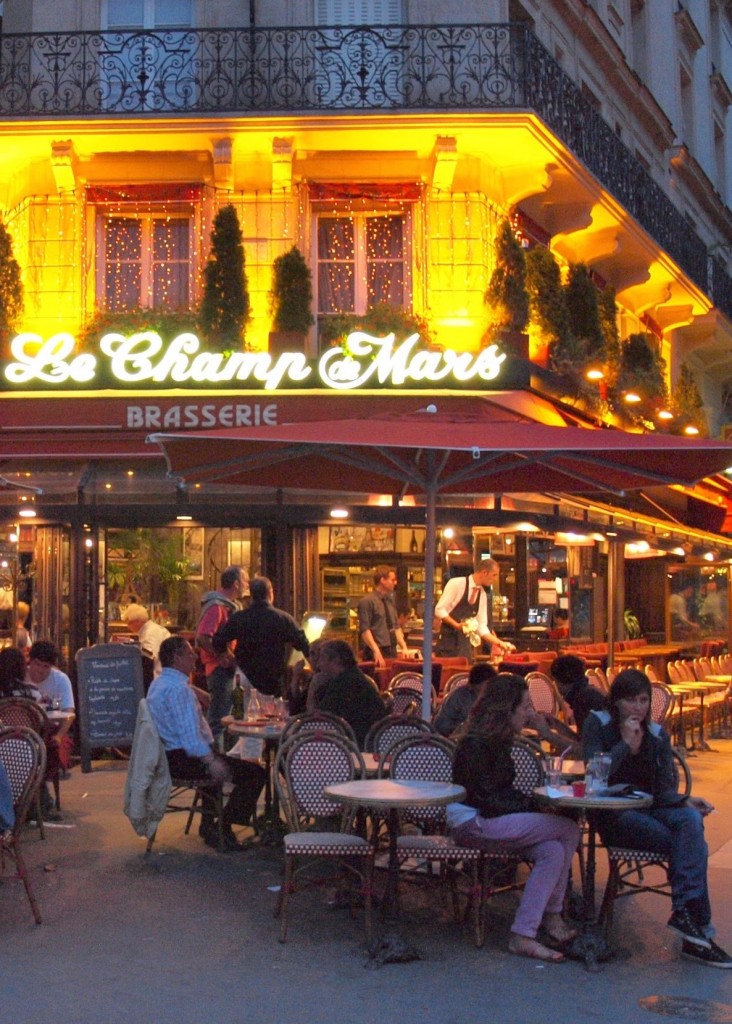 After two days of go, go, go it might nice to slow down a little and the final day of your 3 days in Paris to really appreciate the City of Lights.  You’ve seen many of the classic tourist things, so why not take the day to do the classic Parisian things.

Start the day out by going to a near by café and ordering a coffee with a crossant or pain au chocolat.  Slowly enjoy your drink, while reading a book or watching the traffic and Parisian pass by.  If it’s a nice day take a walk to one of the large parks in Paris (Luxembourg Gardens, Buttes Chaumont Park, Parc Monceau, Parc Montsouris, Jardin des Plantes etc.), take a stroll and then sit down and enjoy watching the world go by.  After your time in the gardens go buy a sandwich at a near by boulangerie (bakery) and take a walk along the banks of the Seine.  Take a seat on one of the benches or just sit right along the water and eat your sandwich enjoying sounds of the city and passing tour boats.  Continue your walk to the Ile Saint Louis.  If it’s warm I throughly suggest getting an ice-cream at Flore en l’Ile.  You’ll know the place because there’ll be a line out the door.  For dinner stop by a busy brasserie to experience the atmosphere of a Parisian night out.

Map of all the site suggested in this itinerary:

Why should you use a local travel agent in Paris?