Find out a few interesting facts about Paris.

This a dynamic post, feel free to post additional interesting facts about Paris you have heard about and we will add them after verification.

Paris has its own statue of Liberty

The statue is located on Ile aux cygnes (swan island). It’s a true copy of the one 5840 km away on Liberty island, New York. How so? The statue located on Liberty Island was actually a gift from the people of France to the United States of America at the end of the XIXth century. The replica in Paris is only 22 meters high (versus 93 for the original), is facing west, in the direction of New York city, and was given to the City of Paris, in 1889, by the American community of Paris.

Paris is holding the largest Business district in Europe

Located in the western suburbs, La Defense counts more than 100 buildings, including the headquarters of 75% of France’s largest corporations. This is the only place in and around Paris where you will see skyscrapers due to strict regulations by the municipality within Paris boundaries.

By cgb.fr, via Wikimedia Commons

The name “Paris” comes from “Parisii“

The name Paris comes from  a Celtic name: Parisii, designating a Celtic tribe. The Celtic people founded Paris in the 3rd century BC. By the XIIth century, Paris was the largest city in the western world, a trading center, and home to the University of Paris, one of the first in Europe.

Do you know additional interesting facts about Paris? Feel free to add them in the comment box below. 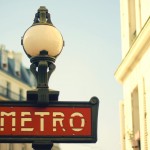