Situated in the south-east of France, French Riviera attracts more than 10 million tourists each year. The second leading tourist destination in France benefits from 300 days of sunshine per year and 115 kilometers of coastline and beaches.

However, different from the Parisian region where the monuments are generally centralized, French Riviera is a tourist attraction more dispersed which is consisted of several cities and towns. Therefore, you would not fully receive and integrate what French Riviera offers if you didn’t have a good tour plan before setting off.

The most worthwhile places you need to visit in French Riviera 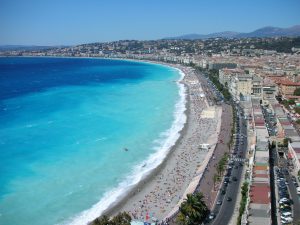 Considered as the home and the heart of French Riviera, is an unmissable destination. You can walk along the Promenande des Anglais and discover its famous building such as “the Negresco”. Then get a walk on the place Massena and take a break on the Coulée Verte. The flower market in the old city is also worth a visit, a famous colorful place surrounded by typical buildings. All in all, you will find why Nice is the first destination in French Riviera by discovering the huge amount of attractions. 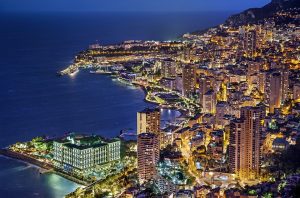 Moncaco possesses a special status which makes it become the second smallest country in the world – it is an officially independent city-state. In Monaco, you will be able to visit the old town, the palace, the cathedral and the garden over looking the sea. By night, there is also an amazing light show in the city of Monaco. Even though so many things to discover, don’t forget the most famous “Prince’s Palace of Monaco” and “Monte Carlo Casino” 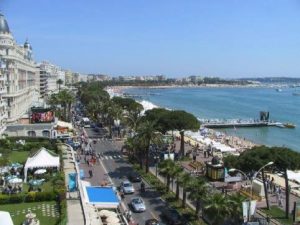 When we talk about Cannes, the first thing that really comes to mind is Cannes Film Festival. So, you can come to Cannes and make your dream come true! Visit the film festival palace and walk on the famous red carpet to fell like a star, this must be the first thing that would you like to do in Cannes. But alongside, it is also fascinating to walk along the famous Promenade de la Croisette with the coastal view and the most famous hotels accommodating the celebrities. 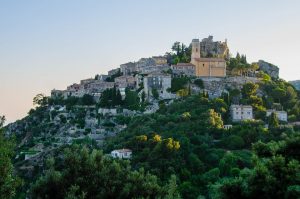 Not far from the city of Nice, you can pass through the middle corniche road to discover this amazing perched, medieval village at more than 560 meters above sea level. The region is famous for the great variety of flowers that grow there, and there are a number of perfumeries to be explored, such as the famous perfumery “Fragonard”. You can also enjoy a free visit of the Galimard perfume factory. 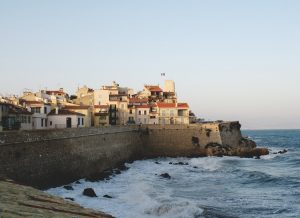 Antibes is a resort between Nice and Cannes, the city is famous for having the largest marina in Europe and Mediterranean, and the third largest marina in the world. The city was once occupied by the Celto-Ligurians, the Greeks established a trading post here in the 11th century. Its fortifications were ordered by Vauban. What is inescapable in this city is the Musée Picasso, with Picasso art collection on display in the chateau museum where he lived and worked by 1946. 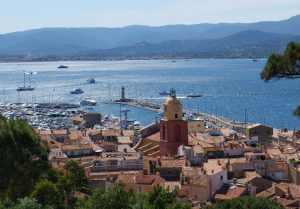 We are almost on the edge of the French Riviera, in this genuine Provencal fishing village, the diverse charm and creativity of designers from around the world have created the “St Trop life style” in a contrasting mix of massive yachts. You can start to experience the special St Trop life style with a drink or cake at Seneauier Bar, where is a favourite meeting place for celebrities. Then either a walk up the citadels steps offering a 360° view at the top; or have an memorable shopping experience in the multitude of shops filled with famous French and international brands. If you still have time, you can visit Gendarmerie Nationale, which is a cinema-history museum focusing on local films & actors.

Set off from Paris

To get to French Riviera from Paris, the best way is to catch a plane, the price for a return round trip varies from 130€ to 200€ which lightly cheaper than taking a TGV. If you want to enjoy the scenery along the way, don’t hesitate to take a train or rent a car and self drive.

When to visit French Riviera

Excerpt Nice, which is relatively populated city in French Riviera and you can still see habitants in winter, other cities are inaminate in winter.