The Eiffel Tower, one of the most visited attractions in the world.

The Eiffel Tower is undoubtedly the most famous building in France and Paris. The three hundred-metre-high tower was built for the World Exhibition in Paris in 1889. Because this exhibition took place exactly 100 years after the outbreak of the French Revolution (1789), it was also built to commemorate this revolution.

The construction of the tower lasted from 1887 to 1889. In total, 250 steelworkers participated in the construction work. The Eiffel Tower was inaugurated on 31 March 1889 and officially opened on 6 May. This was done by the Prince of Wales, King Edward VII of England.

The Eiffel Tower is one of the most famous landmarks of the city of Paris. The tower is visited by many tourists and is considered a technical masterpiece of 19th century architecture. The Eiffel Tower was designed by the architect Gustave Eiffel (1832-1923). 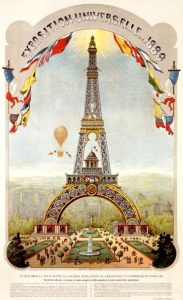 Paris Eiffel Tower , the 317-metre-high Eiffel Tower was built for the world exhibition of 1889. The occasion for the exhibition in Paris was the commemoration of the storming of the Bastille in 1789, the beginning of the French Revolution. On the occasion of the festivities around the centenary of the French Revolution in 1889, a world exhibition was organised in Paris. Architects could put forward ideas for a suitable monument, which would be erected in the vicinity of the exhibition area. Gustave Eiffel’s plan won the battle. 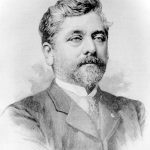 The French architect Gustave Eiffel founded his own company in 1866. He was one of the first engineers to use iron as a supporting structure for bridges and buildings. Relatively few people know that Gustave Eiffel was also involved in the construction of the Statue of Liberty in New York. This statue was designed by Bartholdi and was donated by the French state to the United States in memory of the cooperation between America and France during the American revolution. Eiffel designed the iron skeleton for the Statue of Liberty. 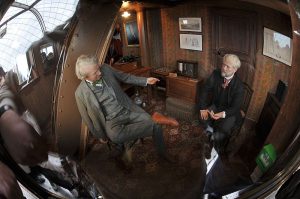 Around 1890 Gustave Eiffel partially stopped working. His company was to be run by others in the future, so that Gustave Eiffel could become involved in research. In Auteuil, Eiffel built the first aerodynamic laboratory, which he gave to the French state in 1921.

Highest building in the world

When the Eiffel Tower was built, its height of 317 metres made it the tallest building in the world. Only in 1930 was this height exceeded by the Chrysler building in New York. The monument consists of three floors. You can choose to go by stairs or by elevator. You have to be in good condition, because the stairs to the first floor already has 360 steps.

On the first floor you have a beautiful view and dining area, on the second floor (115 meters high) the view is even more beautiful and here is also a restaurant and on the third floor (275 meters above the ground) you can enjoy a beautiful view. In clear weather conditions you can look up to seventy kilometres from this floor. From the floors of the Eiffel Tower you have 360 degrees views over the city on each floor.

Restaurants in the Eiffel Tower

From this restaurant you have a beautiful view over Paris. A dinner in the evening here is about € 85, – including tickets for the Eiffel Tower. Lunch costs approximately € 45. This restaurant is one of the best restaurants in Paris. Stylish tourists will certainly stick to this. It may cost a little bit, but then you also have an excellent dinner, lots of candlelight and a view over the City of Light. How romantic is that? First outside enjoy the view, and then relax for a good French meal with the sparkling lights of Paris around you through the panoramic views. 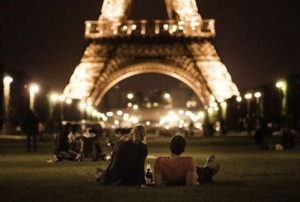 Although it was originally intended to demolish the tower at the end of the exhibition, the tower is still at the same place in the centre of the city. Today the Eiffel Tower is used as a television tower and tourist attraction. Stairs and elevators enable the thousands of visitors to see the beautiful Paris from the tower every day. Thanks to the festive lighting, after sunset, the tower also provides a beautiful spectacle from the ground.

The Eiffel Tower is open from 9.30 am to 11.00 pm and in summer from 9 am to midnight. You can buy your tickets here for the Eiffel Tower. Then you already have them and you don’t have to stand in line anymore.