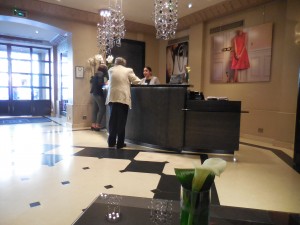 Emulating luxury and history throughout the later half of the 19th century, the Hotel Edouard 7 continues this rich tradition that the Prince of Wales has set. Named after the black sheep of Queen Victoria’s children, Albert Edward (ruling under the name of Edward VII during his rein of the British Monarchy) fell in love with Paris, even making this central Paris hotel his place of residence while in the city. With a defying persona of sophistication and an eye for fashion, Edward commanded the streets of Paris with great seduction. Hotel Edouard 7 portrays this persona of audacity, seduction, character, and theatricality throughout the hotel today. After a great deal of renovation the standard has been set high for the hotel, setting the stage for a unique guest experience. Stepping into the hotel you are instantly transported into a modern twist on the Victorian Era. The prestigious hotel is located centrally on the 39 avenue de l’Opéra, in the second section of Paris. 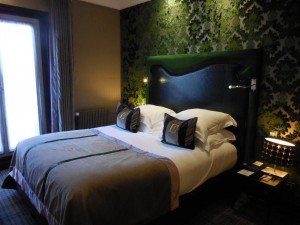 Bathed in a luxuriously intimate feel, each room is designed to utilize natural light and the view of central Paris. Decorated in blacks, purples, and reds the color scheme aligns with the Victorian Era set out by the hotels namesake. With sleek furniture, natural woods, and Victorian inspired wallpaper all bathed in natural light, each room truly embodies the essence of Edouard.   Each suit, whether it is a junior or a full suit, has a balcony that gives a spectacular view of the Opéra Garnier, Sacré Coeur/Montmartre, or the Louvre. These suits are equipped with the latest technology such as, televisions, iPod stations, and Nespresso machines. 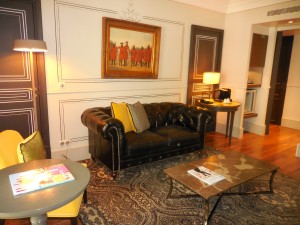 Rooms all have access to complementary Wi-Fi, air-conditioning, and heat. Rooms are in four different categories and range in price from 280€ to 770€ per night. 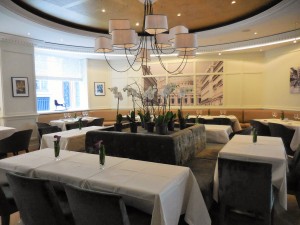 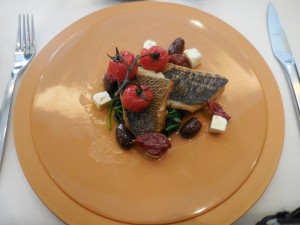 Keeping in the continuous theme of this central Paris hotel, the restaurant La Cuisine de l’E7 utilizes the modern Victorian décor that runs throughout the hotel adding to the feel of luxury. La Cuisine de l’E7 also follows the theme of comfort that embodies the hotel, strategically designed to give the feel of your own kitchen. La Cuisine de l’E7 is open for lunch, Monday – Friday, noon to 2 pm, and for supper, Monday – Friday, 7 pm to 10 pm, lunch starts at 39€, dinner at 49€. The menu is made up of only fresh, local produce. Executive Chef Rémy Fourmeaux creates inventive and subtle cuisine for each diner. Each week the menu reflects dishes from the country of the month. Rémy Fourmeaux also creates menus to highlight different cuisine from different countries. Countries that have been highlighted, thus far, include: Japan, Italy, Morocco Brazil, China, Sweden, and Spain. The E7 bar is a prime meeting place for tailored made drinks, designed to awaken the senses. Open Monday – Friday 11 am to 12 pm, and weekends 11 am – 11 pm.

How to Get to Edouard 7

This central Paris hotel is perfectly located between the Opéra and the Louvre, a seven minute walk in either direction.  While the avenue is busy, the double pained windows prevents the noise from breaking the atmosphere of the Edouard 7.

Why a boutique hotel in Paris?