Cannes is the gem of the French Riviera: not far from Antibes, this city is worldwide known for the annual Film Festival, one of the most important in the world. However, Cannes has also many different interesting sights and a unique Mediterranean elegant atmosphere.

The Promenade de la Croisette is, without a doubt, the the most important sight in Cannes: it consists of a 2km-long road which extends along the shores of the Mediterranean. There, you can find the famous Palais des Festivals et des Congrès, where the Film Festival is held, along with chic boutiques, restaurants and expensive hotels. You can spend some time in one of the elegant cafés or, if you prefer, you can walk along the Promenade and take a break in one of the beautiful beaches. Then, you can visit Le Suquet – the Old Town – where you can find an exotic Russian orthodox church and amazing viewpoints over the city. There, you can also find the Museum de La Castre, situated within the Chapel of St. Anne, which houses collections from Pacific atolls and Pre-Columbian cultures.

Half a mile off shore from Cannes, you can find the Île Sainte-Marguerite, with the famous fortress – called Fort Royal – where the Man In The Iron Mask was held around the 17th century. However, within the tiny island, you can also spend some relaxing time walking through the woods of umbrella pines and eucalyptus. Not far from Sainte-Marguerite, there is the Île Saint-Honorat, another tiny island which houses an old Cistercian monastery.

Going back to the mainland, you can visit le Palais des Festival et des Congrès, which hosts the famous Film Festival and other relevant conventions and, if you are interested in modern art, you cannot miss the Art Center of La Malmaison, with masterpieces by Picasso, Matisse and Mirò.

THE MUSÉE DE LA CASTRE IS INCLUDED IN THE PRICE

If you choose to go to Cannes during the Film Festival (around the end of May), remember that the town can be very crowded and there may be a shortage of hotel rooms! The city of Cannes also hosts the Midem  (the most important tradeshow for music industry), as well as a great Carnival Parade. Within the city, you can also find chic restaurants and renowned boutiques, thus, you will never risk to get bored!

Additional sightseeings along the French Riviera 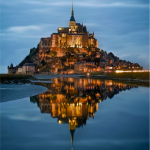 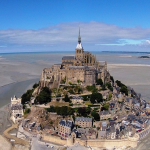 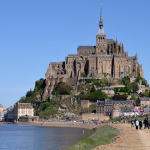 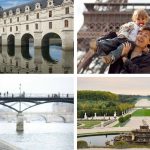 Tailor Made Trip to Paris & France