How can you easily travel within Paris?

Travelling in Paris is relatively easy with public transport (subway and bus). For airport connection, you should consider using a private driver company like Uber or a competitor or take a bus shuttle.

Public transport in Paris – €1.70 per travel

Travelling in Paris is easy using public transportation. Subway and buses are relatively cheap compared to other cities such as London. Ticket t+, at €1,70 each, is a fair deal and will allow you to travel within Paris using the subway and / or the bus within the zones 1 and 2 (which cover all of the subway grid and some stations of the fast train RER grid) . These tickets are only valid once, meaning you will have to use two of them if you have to take the bus + the subway. Which does not happen that often in fact, as the subway grid is pretty dense. However you will not be able to go to Versailles or to the airport with that, as these destinations are outside the limits of Paris itself.

You can print this map, or you may find it in your guide book. Alternatively you can download the subway and bus app here:

That’s not just a myth, cab drivers in Paris are scarce and some of them are not that helpful. A good alternative is to use a private driver company such as Uber,  Le Cab or Chauffeur Privé. They will usually be less expensive than cabs, especially for airport connections. With Uber for instance, you should pay € 45 / 50 from Roissy-Charles de Gaulle airport to central Paris while it might be € 50 / 60 with a cab. To use Uber or any of the other company, you first need to download their application from the apple store or android platform and set up an account.

Tip : with Uber, use ParisByM’s sponsor  code (uberParisByM) to get a deduction of 10€ on your 1st drive!

If, and only if you are  audacious, you can try the fast train line RER B from Châtelet Les Halles to Roissy-Charles de Gaulle airport. This will cost you € 9.75 / person. Nevertheless, this is not an option we would recommend since RER may be late, not working for various reasons and who knows. It is a regional train line that Parisians and tourists alike hate because it is not working properly and there isn’t a day without a trouble on this line.

A good option to avoid the cab is the shuttle. You can either book an AirFrance’s airport shuttle (even if you are not flying with Airfrance) or Airport shuttle from both airports (Orly or Roissy / CDG). This will cost you between € 12 and € 20 depending on which airport you com from and where you go to. Destination in Paris are Etoile (Arc de Triomphe), Porte Maillot, Opéra, Gare Montparnasse. You can find the options and book your tickets here:

The last two options are those mentioned earlier: either take a cab (which should cost between €50 – 60) or book a private driver company (around € 45-50).

Alternatively, you can ask us at ParisByM to arrange your transfer for you, and it will be included in your city program directly. Are you planning a trip to Paris? We can help. See how we work, get additional ideas and contact us.

Are you looking for tips & ideas to visit Paris and France? 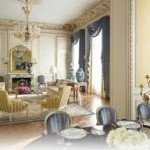