If you’ve ever been to Paris in the winter, you’ll know that it can be cold, rainy and even pretty miserable. The Eiffel Tower is beautiful but do you really want to stand in the pouring rain and lashing wind while on a walking tour or stand at the top of the Arc de Triomphe, freezing and unable to see anything?   We didn’t think so, and that’s why the team at Paris by M have compiled together a list of our favourite rainy-day activities in Paris so that you can stay warm and dry while enjoying the best sights and attractions that our city has to offer. 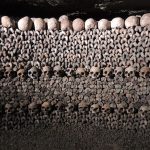 The first on our list of rainy-day activities in Paris is something a bit different and potentially slightly unnerving.  The Catacombs in Paris were created when they ran out of space for the living, so they had to relocate the dead.  As you wander along the endless underground passages, previously used as stone mines, you will learn a bit about the history while being surrounded by the remains of more than six million people.  Perfectly sheltered, deep underground the city, this is an interesting activity which will keep you safe from the rain showers in the world above you.

2. The Louvre and Musée d’Orsay 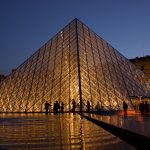 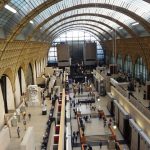 The Louvre and Musée d’Orsay are second in our list of top 5 rainy-day activities in Paris and are sure to make for a rainy-day activity with something for everyone.  When the rain starts to pour, these two museums are obvious escapes from the miserable weather.  You can easily spend a day in the Louvre and Musée d’Orsay with their endless and enchanting collections of art and historical artifacts.  If you wish for something a bit more structured and informative, why not organize a private guided tour around one of the museums? ParisByM will be more than happy to help facilitate this rainy-day activity. 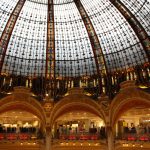 Of course, when the rain pours down, a good choice of activity in Paris is to visit some of the best shopping locations in the city.  To begin Galeries Lafayette and Le Bon Marché can easily take up a good part of your day, as you can wander around them for hours, admiring the beautiful items on sale.  There are cafes within and around both and the ambiance and experience in itself is enough to tempt you in from the rain.  If you’re a lover of shopping, Paris in the rain is the perfect opportunity. 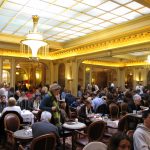 The rain is pouring and we think you deserve a well-earned repose in one of Paris’s finest tearooms or cafes.   Where better to shelter from the rain than in one of our most famous tearooms: Café Angelina.  Well-known for being one of Coco Chanel’s favorite spots in the city and renowned for its wondrously rich hot chocolate, Café Angelina is utterly self-indulgent and completely necessary for a rainy day in Paris.  Even if it stops raining, you won’t want to leave!  If you are after something a bit different, Fringe Café is extremely popular.  It intertwines the art of great coffee and delicious food with that of photography.  This provides a perfect hangout on a rainy-day in the city. 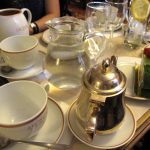 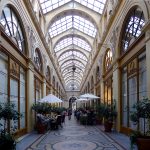 Created in the 18th and 19th century, les passages couverts (covered passageways) were created around the area of the Les Grands Boulevard in Paris.  Since then they have provided a delightful selection of boutiques, cafes and, most importantly, a shelter from the rain. Like an old-fashioned shopping mall, these passageways provide an enchanting alternative to the high-street shops you are used to. One almost feels like they have stepped back in time. Passage des Panoramas is well-loved and Galerie Vivienne is extremely pretty and has a lovely café. A perfect hideout for a rainy-day in Paris.

As you can see, there are many things to do in Paris when you are seeking shelter from the rain. The final suggestion we have is that you grab an umbrella and explore the city because Paris is still beautiful, even in the rain.

Furthermore, ParisByM is here to help you organize your time in Paris, to make it as easy and stress-free as possible. We can organize your tickets for any exhibition or museum you wish to visit, arrange guided tours and restaurant recommendations and provide endless services and customer care while you are here. The options are infinite.  Please visit our website to check out our package and tailor-made holiday options. 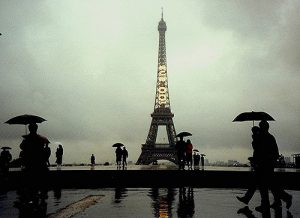 What to do during your Paris Breaks?

The best places to experience carnival in France

Carnival is traditionally celebrated in France during the last day before the beginning of fasting, the so-called ‘Fat Tuesday’.  Traditionally, pancakes, waffles or beignets are eaten in the carnival. Carnival festivals and parades are also organised in a number of cities that last for several days.  France has a lot to offer to the international carnival celebrations, here are the best places in the country to celebrate. 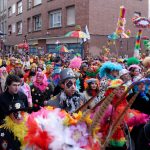 The Carnival of Dunkirk is one of the most famous in France. It was originally a fishermen’s party, but nowadays hundreds of thousands of carnival participants from all over Europe take part in the colourful and festive parades, evening balls, ceremonies and other carnival traditions such as herring scarves or the “rigodon final”.

At the height of the carnival, thousands of people flow through the streets of the city to get out of the sphere on the tones of traditional songs. The giants also take part in the carnival parade. In the evening there is a carnival ball, whose flamboyance never fails to disappoint. 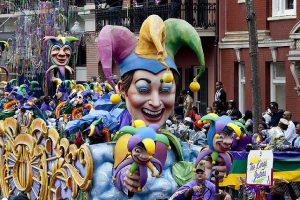 Everyone knows the carnival of Venice or Rio, but did you know that the Carnival of Nice is also quite the spectacle to behold? Le Carnaval de Nice’ is the largest carnival in France!  Two weeks of celebration and parades with floats. It is wonderful to see, especially in the dark, even if you normally don’t like carnivals.  The Carnival of Nice attracts hundreds of thousands of spectators and party celebrants.  The program is extensive and varied: carnival processions, masquerades, floral parades, cavalcades, etc.  Each year a new title is chosen for His Majesty King Carnival and that title becomes the theme of the event and the inspiration for the “Ymagiers”.  In 2018, the theme will be the “Roi de l’ Espace”! 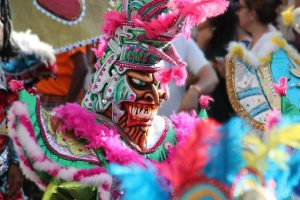 This carnival is perhaps one of the oldest in France, although it has only been celebrated every year since 1951.  It is situated in the beautiful city of Albi, on the Tarn.  The celebrations commence when the mayor hands over the keys to the Queen of the Carnival.  The first evening procession consists of a parade of costume-clad beings and decorated trolleys, making their way through the city. This is the same for other carnival ceremonies such as the King’s cremation. 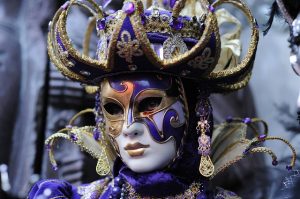 Annecy owes its reputation as the Venice of the Alps not only to its canals, waterways, and watercourses but also to its Venetian carnival, which is very popular in the region. Every year, hundreds of masked carnival celebrants travel through the streets of ancient Annecy to admire their colourful, baroque extravagance.   This Italian-feeling carnival is one of extreme beauty that shall be enjoyed by both young and old, who can admire the amazing craftsmanship of the costumes and masks. 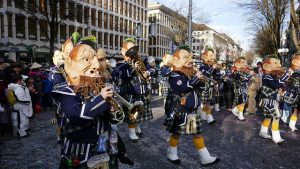 With more than 130 000 visitors each year, the Carnival of Granville is one of the largest in western France.  This popular event has been going on for more than a century and originated with the cod fishermen, who celebrated before they left at sea.  What makes this carnival one of a kind is it’s bizarre tradition of the “intrigues”! On Tuesday evening of the carnival, the disguised “intriggers”, essentially people in traditionally fancy-dress, parade through the city and go into bars, restaurants and even the residents’  homes to recount myths and legends of times gone by.

Go forth and enjoy some of the great carnivals that France has to offer!