Toulouse is one of the biggest cities in France: it lies on the Garonne river and it is considered to be the capital of the cultural region of Occitania. The town is famous for its particular architecture made of pink terracotta bricks and, for this reason, Toulouse is also known as the “Pink City”. 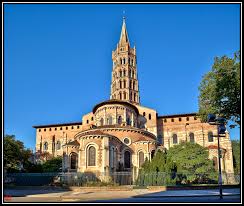 In the very centre of Toulouse, within the area called Place de Capitole, you can find the Hôtel de Ville, the Opera House and the Donjon du Capitole. In that area, you can also find the Cathedral, a Roman building listed as national monument whose main features are the two incomplete churches, the rose windows, a triforium, the West portal and a Gothic-Romanesque tower. However, the most important religious building in town is without a doubt the Basilica of St. Sernin, the largest Romanesque remaining in Europe: the abbey is a perfect illustration of high-quality Romanesque sculpture, with vaulted ceilings, beautiful chapels and an impressive bell tower. Also it contains a magnificent pipe organ. 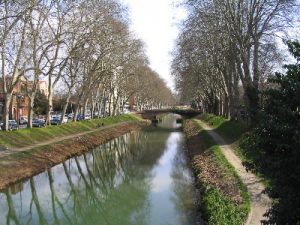 The Canal du Midi is another very important sight: a 241km-long canal which connects the Garonne river to the Etang de Thau (a lagoon on the Mediterranenan). Near to the Canal du Midi, you can take a break in the botanical garden ‘Jardin des plantes’, a public park bordered by schools and museums, which contains several old vestiges. In the Eastern suburbs of Toulouse, you can experience the City of Space, a theme park focused on space with rockets, space stations and planetariums, which shows why Toulouse is considered to be the centre of the European aerospace industry: believe it or not, you will have the possibility to visit a control room and prepare the launching of a rocket!

In Toulouse you can also visit two other important sights, such as the Daurade Basilica and the church of the Jacobins. Besides, you can experience the ‘University atmosphere’ in every part of the town, thanks to one of the oldest universities of Europe and thanks to all the students who live in the city.