For many people, picnic and Paris are not really compatible. However, there are peaceful places where you can sit with your packed-lunch and a good bottle of rosé.

Here is for you a selection of our favorite places to spend relaxing moments with your family or friends. 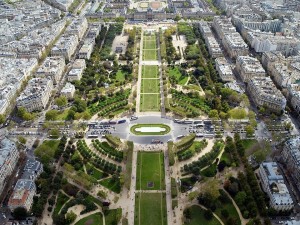 Difficult to do more prestigious for a picnic in Paris than the Champs-de-Mars, located in the seventh district, between the Eiffel Tower at the northwest and the École Militaire at the southeast.

With its 24.5 hectares, the Champs-de-Mars is one of the largest green spaces of Paris. This park, where you can discover many remarkable trees, is accessible day and night. It’s a good place to picnic in Paris and the atmosphere is very cosmopolitan.

Alternatively, you can also admire the Eiffel tower by picnicking in the gardens of the Trocadéro located right accross the rivern, or enjoy the grass of the Esplanade des Invalides, located a little bit further to the East, to have a picnic. 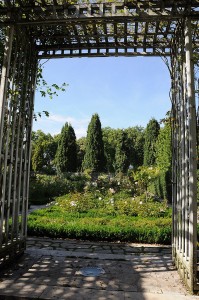 The park of Bercy is a nice green space situated in the twelfth district, facing the Cinémathèque Française (the French museum of the cinema). You will discover it by crossing the Simone de Beauvoir bridge, coming from the national library François Mitterrand. There are large areas and many natural ambiances.

In surroundings at the same time futuristic and very natural, the garden welcomes picnickers who like to lie down on the lawns and to shelter behind tall grasses or small passages.

Icing on the cake:  you can board the hot air balloon in the park to enjoy a great panoramic view over Paris. 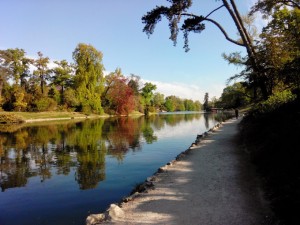 The woods of Boulogne and Vincennes, located at the periphery of Paris, are the two largest gardens in Paris. A picnic in these two gardens gives the impression to leave the city during a few hours.

And if you feel romantic, do not hesitate to rent a bark to picnic in Paris either in the boat or on one of the small islands! 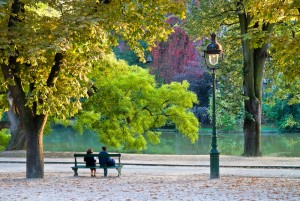 The extraordinary topography of the park of the Buttes Chaumont, located in the nineteenth district, includes hills, artificial lakes, waterfalls and even a rock formation which reaches 30 meters. A picnic on the slopping lawns is something very Parisian. If you want to continue partying when the park closes at night, go toward the Rosa Bonheur “guiguette” where the fun goes on until midnight. 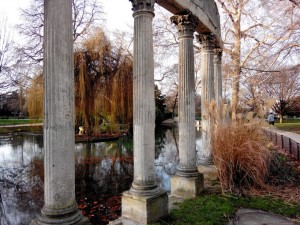 At the junction of the eighth and seventeenth districts, the romantic Parc Monceau is one of the most beautiful gardens in Paris. A garden made for pleasure and nature, you will discover there original sculptures, extraordinary architecture and abundant vegetation. 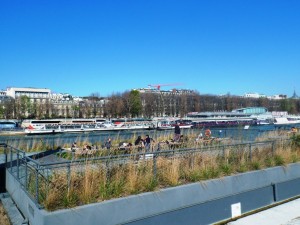 Les Berges de Seine, located in the seventh district, became recently the “new” space fashionable of the city: family, friends, sportmen, everybody gets together on the bank of the Seine for diverse activities. You can picnic on the archipelago of the floating gardens. And for lovers, the “Zzz” huts are perfect to watch the Seine on a footstool…

10 Must See Places in Paris in Summer

Palace of Versailles, castle and gardens

The  elaborate decoration of the palace of Versailles represents the royalty and majesty of French Kings. Today, the Versailles Palace is one of the most important Palace of the French History. Located just outside of Paris, the palace and its extraordinary domain are now a must-see attraction for every tourist coming to Paris for more than 2 days. 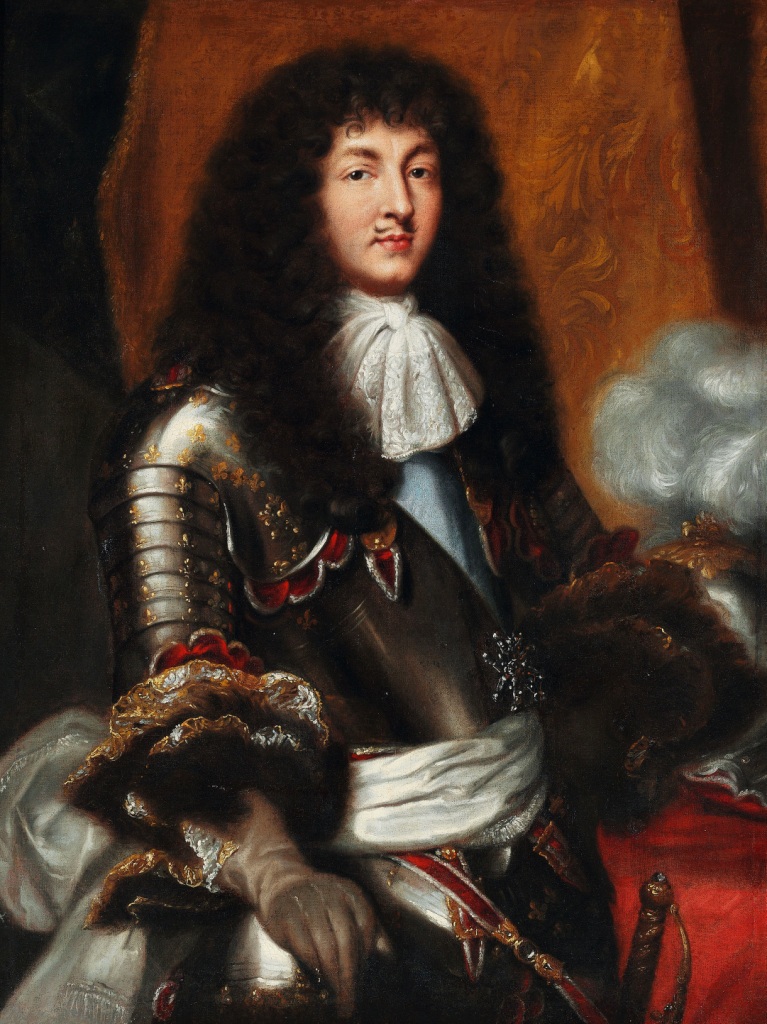 In 1682, the French King Louis XIV decided to transfer the royal court and the French government from Paris to the city of Versailles (located in the southwest of Paris). The aims of this settlement were to host the French royalty, to be protected from any civil movement by keeping the powerful men of the court right under his nose, and to give an impressive visual representation of the power of the French monarchy to the whole world. Louis XIV decided to use a former hunting lodge of his father, the French King Louis XIII, to turn it into a magnificent palace. 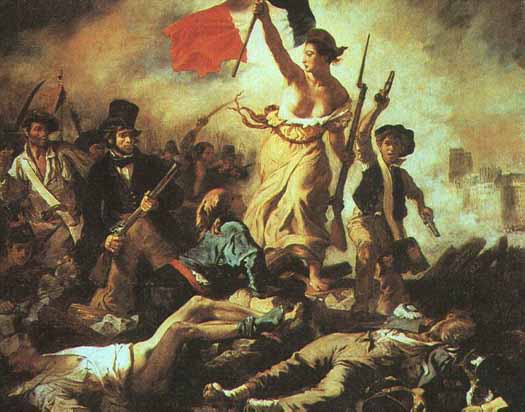 And thus the palace of Versailles became a symbol of the majesty of French Kings. After the death of Louis XIV, all French Kings lived there. The out-broke of the French Revolution in 1789 forced the government to go back to Paris. In the 19th Century, it was turned into a museum of the History of France and many spaces in the palace became museum areas.

The domain of Versailles: the Palace, gardens and other places 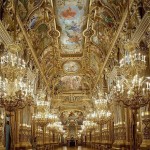 There are many areas to visit in the palace of Versailles. Inside the palace itself, you can visit the various living rooms of the King and the rest of the royalty members. The most impressive and unmissable place to see is the famous Hall of Mirrors. This massive corridor, which served as a ball room, displays not less than 357 mirrors reflecting the light of the sun entering from the huge 17 windows. 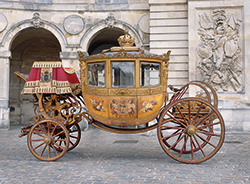 Coach in the coach gallery – Credit: Official website of the Palace

It covers various spaces like the coach gallery that has reopened after 10 years of renovation. Outside of the palace, you can access three additional attractions: the gardens with its fountains, the palace of the Grand Trianon, and Queen Marie-Antoinette‘s estate. 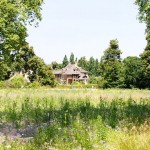 The Estate of Marie Antoinette, also called “Petit Trianon”, was the private domain of Queen Marie-Antoinette, where she used to escape the gravity of the court by holding small parties and dinners and by playing at living a simple farmer’s life. She owned indeed a few sheep and other animals in this place. 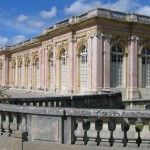 The Grand Trianon is a small side palace that Louis XIV had built to hide his love affairs with his mistresses. Built in marble and porphyry, it’s an exquisite example of the architect Mansard‘s talent. 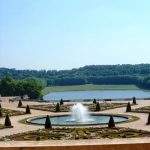 Last but not least, the gardens are a wonderful place to wander. During spring and summer, they offer exceptional fountain and musical shows, “the musical waters” or “Grandes eaux musicales” on Tuesdays and weekends, when you can stroll from grove to bush at the sound of classical music while enjoying the numerous water fountains activity.  The “Musical Gardens” or “Jardins Musicaux”  offer the same nice walk at the sound of music but without the fountains. Moreover, the gardens are an excellent place if you want to have a nice walk and admire the architecture of the castle from the outside.

You can enjoy a group or private guided tour of the palace, the gardens and Marie-Antoinette’s estate as well.

How to get there by yourself 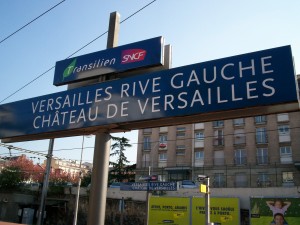 If you plan to take the fast train (called RER) use the line C and stop at the Versailles Rive Gauche station. The travel between this station and the Palace lasts 12 minutes. 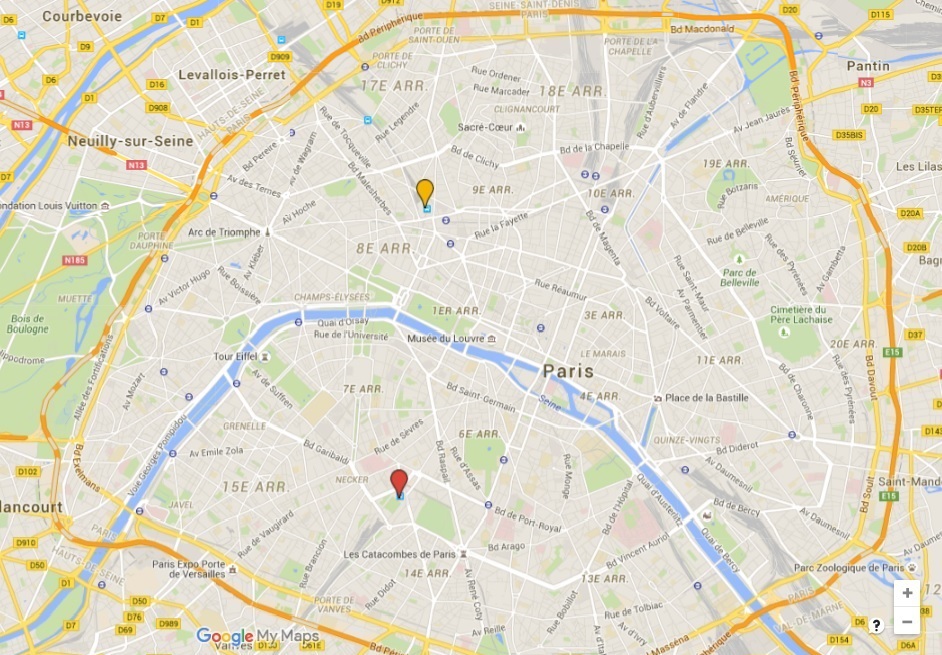 If you want to take the bus shuttle, there is a special bus that will take you from the Eiffel Tower to the palace of Versailles. Called the Versailles Express, it runs twice a day at 8am and 2pm from Tuesday to Sunday.

Other trains (not fast trains) can also take you to Versailles. We recommand this option if you are only near to the stations (Montparnasse & Saint Lazare). 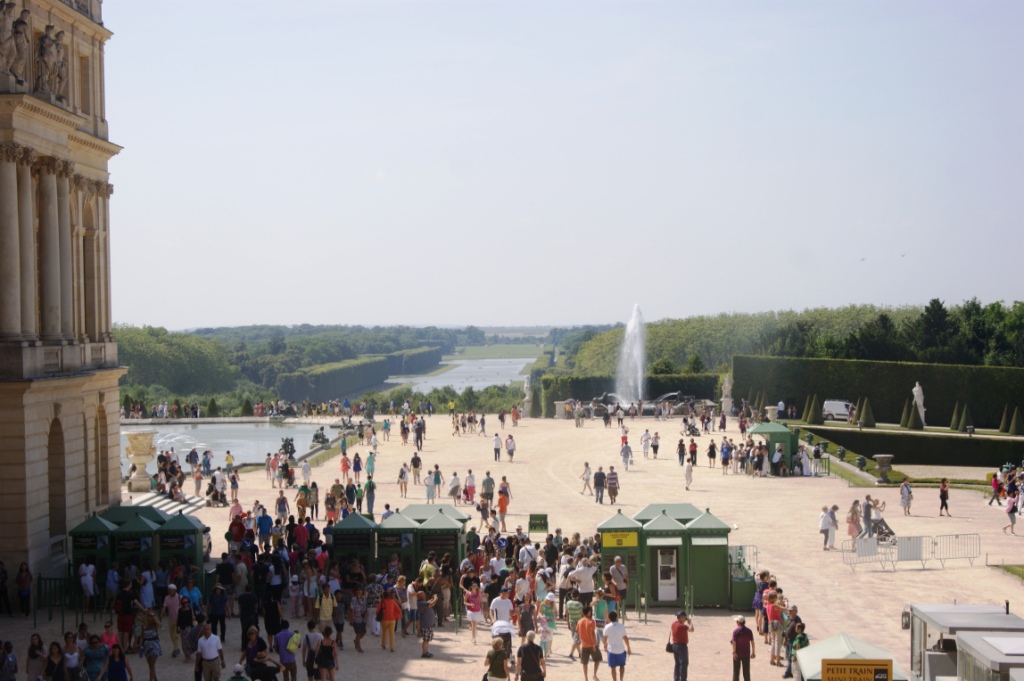 -> Do not try going on Tuesday or during the weekend, the attendance is very high!

Plan your visit to the Palace of Versailles

The Palace of Versailles closes on Monday.

There are several options to plan your visit to the Palace of Versailles. Below are the few we recommend.

Book here
Buy the one day passport from €10 with / without show to get access to entire Versailles estate including the Palace & the gardens. There is an additional €15 when there is the musical fountain show and a €8 one when the show is not playing. It is definitely worth it if you visit Versailles the right day. Note that the access to gardens is not available when the musical shows are on. Do not forget adding this option when insert the passport into your cart.
You need your own transportation to Versailles (see how to get there) if you book the entrance only.

Book here
Reach Versailles from central Paris with this shuttle that will allow you a half day visit of the Palace of Versailles and the gardens. The entrance tickets are included in the price. This solution is the easiest one to get a quick overview of Versailles. It does not include a guide tour.

Book here
Reach Versailles by train and feel free to spend as much time as you want. The train tickets will be provided at your hotel. You will be on your own and not part of a big group. This is how we recommend you to visit Versailles.

Book here
This tour is the most comprehensive one. You will access a tour of the entire Palace of Versailles. You can choose to do the tour on the morning or the afternoon. You will be picked up from your hotel to Versailles (if your hotel is located in the center of Paris). Note that it is available for a group of eight person.

Find other options to visit the Palace of Versailles from Paris, that include private tours and visit, private transport, helicopter trips and much more.

Other articles to plan your trip to Paris

A selection of the best tours in Paris