Located in the 5th district of Paris, the Cluny Middle Ages Museum holds one of the largest medieval art collections in the world.  Whether you have a passion for Medieval History and the Middle Ages or not, the visit is worth it!

Why should you visit this museum?

Inside the museum – Credit: ParisByM

In the heart of the Latin Quarter, this museum is brimming with  history and is the perfect place for history buffs. In fact, the Cluny Middle Ages Museum mixes Gallo-Roman and medieval architecture which reveal all its historical treasures. 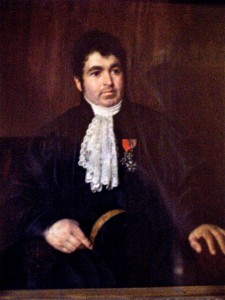 This museum has met a few shifts among centuries. Originally, it was known as a town house of the abbots of Cluny. Then, it became a hotel that hosted royalty like Mary Tudor. It was purchased during the 15th Century (1485) by Jacques d’Amboise, a French bishop. In fact, Amboise’s aim was to enhance his power through the construction of a palace with elaborate decoration. At the end of the 19th Century, this hotel was turned into a museum by Alexandre du Sommerard (a French archaeologist and art collector). Alexandre du Sommerard bought it because he wanted to display his art collection. Now, it remains one of the largest Renaissance and Middle Ages art collections in the world. 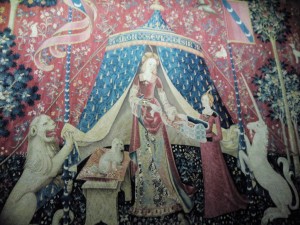 This place is filled with history and holds artifacts which date from the Middle Ages to the Renaissance. Moreover, you will have access to many medieval tapestries, the most famous one being La Dame à la Licorne (The Lady and the Unicorn) series (5th Century). The outside of the museum is as important as the inside. In fact, the museum is made up of two buildings. The first one is younger out of the two, Cluny Abbey Hotel, and the other one is a series of Gallo-Roman baths. You will be able to admire the known Roman thermal baths that were built around 2000 AD which contain a set of Jewish gravestones that date back to Roman times. They represent some of the best preserved remnants of the Gallo-Roman city of Lutetia. 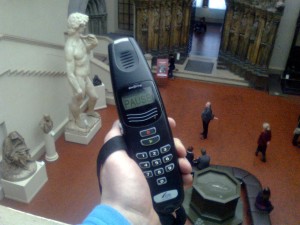 There are audio guides available at the museum for a fee of €1. Different types of tours are offered by the museum, like group or guided tours. If you are interested in a more comfortable visit of Parisian medieval monuments, you can book a combo tour which includes other medieval places.

Book here for a combo

Should you need further information about additional services in the museum, go to their official website. This museum caters to everyone but will be even more appreciated by history lovers. If you are not a history aficionado but just a curious person that is visiting Paris, we advise you to go there anyway.

If you want to visit the Cluny Middle Ages Museum, opening hours are from 9.15 AM to 5.45 PM, except on Tuesday when it is closed.  Moreover, the museum closes its doors thrice a year: on January 1st, May 1st and December 25th. 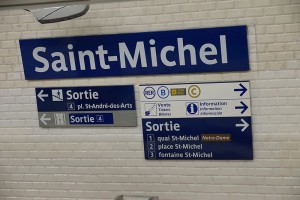 The Cluny Middle Ages Museum by RER: you have to stop at the Saint-Michel station (RER B or RER C).

The Cluny Middle Ages Museum by metro: you can stop at stations: Odéon (line 4), Saint-Michel (line 4) or Cluny-Sorbonne (line 10). 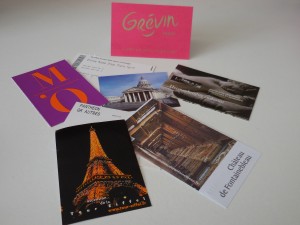 The ticket prices can vary. The full ticket is €9. However, if you are willing to visit various museums in Paris, you can get the Paris Museum pass where you will have free access to more than 60 of them.

Get your Paris Museum Pass here

Have a look at these posts:

5 Medieval Places to See in Paris