Why is Paris called the “City of Love”? 20 places to say I Love You in Paris

Say I love you in Paris

Paris is often portrayed as one of the most romantic cities in the world. When it comes to romance, no city in the world can compare to Paris. One reason for that is… all the people around you are speaking French! It might seem funny but French is considered to be a sexy and romantic language, maybe because most French songs known outside of France talk about love in their smooth French accents.

The City of Lights

Another reason for the romance lies in the fact that Paris is the City of Lights. The name originates from when Paris became the first big city to light up the streets at night with gas lamps. The infamous avenue, Champs Elysées, was filled with bright lights since 1828! Nowadays, it is common for all the big cities to be lit up at night, but what distinguishes Paris from the other cities are its monuments. So now, imagine, in addition to those beautiful lights, monuments made up of gold, marble and other precious materials. In Paris, there are many sites to enjoy breathtaking views, including the Eiffel Tower and the other tallest tower of Paris (Montparnasse Tower) of course. But also, there are lots of places, where you can cuddle up with your partner or just sip a cocktail with a certain degree of refinement (see our previous post about some of these places where to enjoy a drink with a view).

Some of Paris’ monuments are worth seeing twice; once in broad daylight, and once in the night. The Eiffel Tower, for instance, looks completely different at night, lit up by thousands of xenon lamps (since 1986). It can even be coloured for specific events, like in 2008, there were special lights to honour the 6-month French presidency at the head of the European Union. 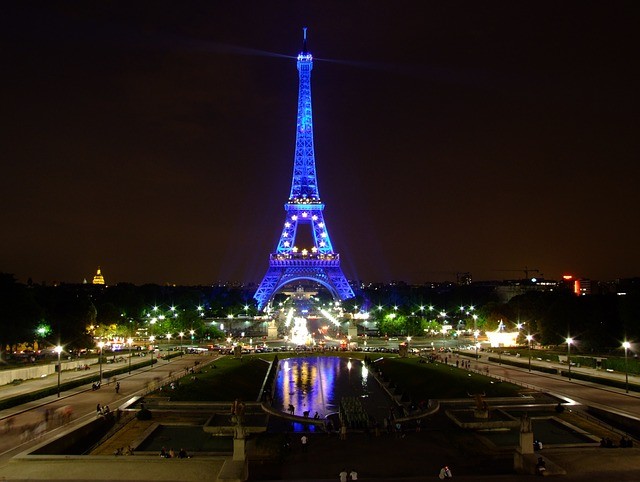 The refined French culture adds greatly to the romanticism of the city. Since Paris is the city of love, it tends to be a good and popular location for proposals. In order to prepare for your proposal, the first step to book your trip to Paris. Because when you want everything to be perfect, when you want the memories to be eternal, the place surrounding you is of great importance, and you will not be disappointed in Paris. Streets filled with boutiques, one more sophisticated than the last; bakeries and cafés, with their display windows filled with delicious treats and pastries; every place you look at is a sight for sore eyes. Paris is indeed a perfect venue for a romantic wedding proposal. Or for a honeymoon, where you can repeat the words, “I love you”.

Best Places to Say “I Love You”

Walking in the streets of Paris, you will find hundreds of places where you will be immersed in beauty and emotion and where you will feel like hugging your beloved, while whispering “I love you”. But should you wish to prepare for a special moment, here is a selection of some of the most romantic places where to celebrate your love.

Towering above the rooftops of Paris, the Eiffel Tower is one of the most popular settings, where even Tom Cruise proposed to Katie Holmes on the 2nd floor of the “Big Lady”. Another option could have been in front of the Carrousel du Louvre, with the pyramid lit up at night in the background.  Pont Alexandre III is also praised by lovers from all over the world, especially at sunrise and sunset, when the lights reflecting off the golden statues and beautiful street lamps create an incredibly beautiful setting. And, speaking about bridges, how could we forget the cute pedestrian Pont des Arts, overlooking the Ile de la Cité and Meca of generations of couples who secured padlocks, with their names written on it, on the grid of the bridge and throw the key into the Seine (note that we do not recommend to follow the example, discover why here)? Of course, there is also the cruise over the river Seine, with or without dinner. How romantic to whisper words of love in your lover’s ear with the wind playing in your hair… Precisely, the Mur des “Je t’aime” (The Wall of Love) is also a popular place to declare one’s love: located near Montmartre and the Sacred Heart, it stands with over 311 written declarations in 250 different languages. You are sure to find your way! 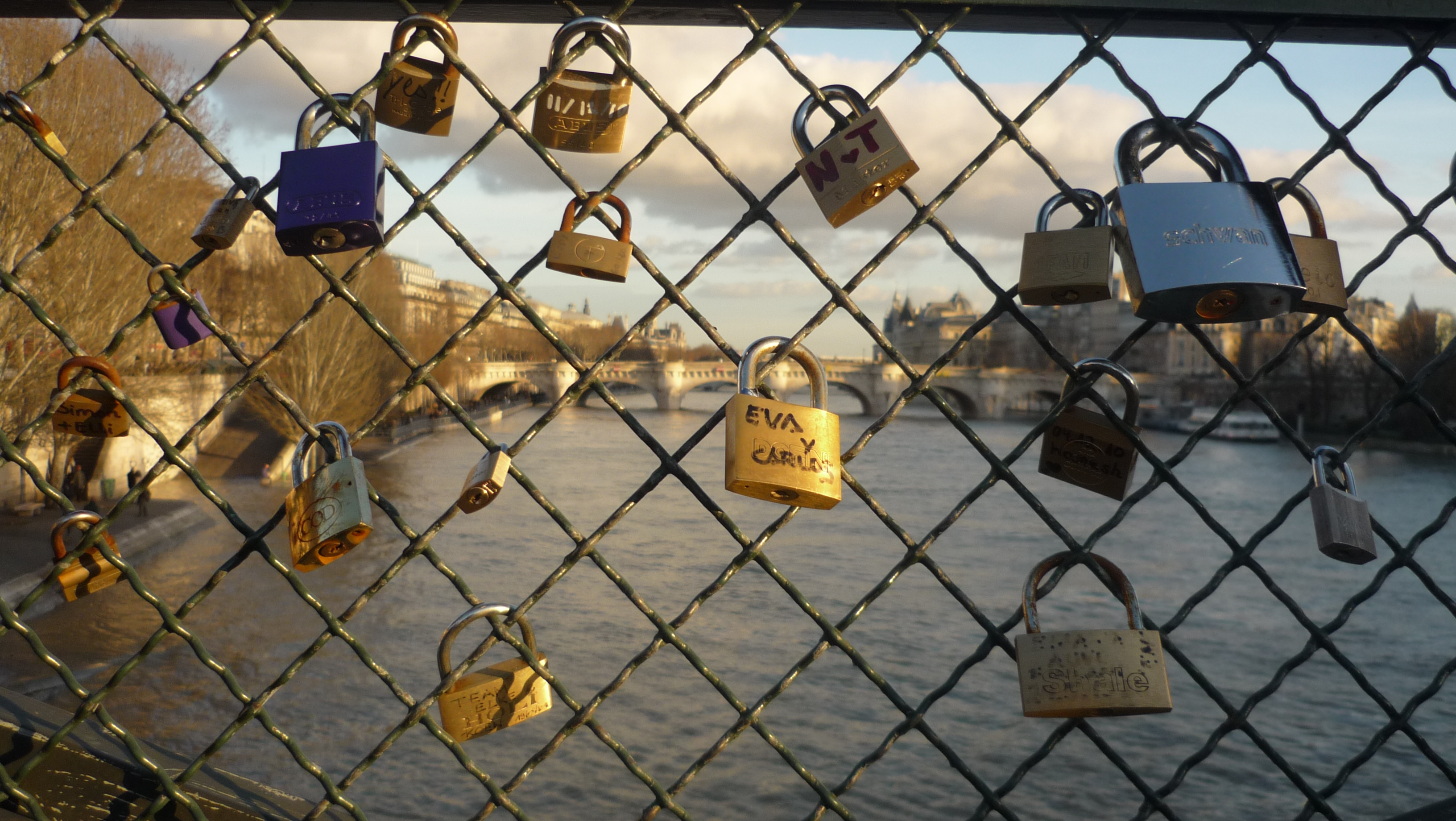 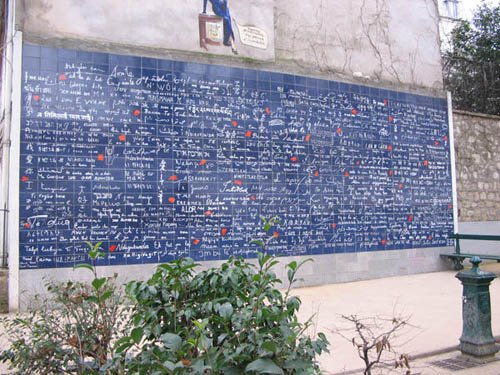 for those who feel close to Mother Nature and want to hear birds chipping over their head, there is more than enough to chose: the Parc Monceau, with its landscaped gardens and romantic bridges; the Bois de Boulogne, with its lake on which you can rent a paddle boat and have a picnic; the Bagatelle Garden, in the middle of the Bois de Boulogne, with their beautiful rose gardens; the gardens of the Tuileries; those of the Luxembourg; the park André Citroën, where you can enjoy a hot-air balloon flight to get a nice view over the city; the tiny Île des Cygnes, strolling from the Statue of Liberty to the Bir Hakem bridge; the Trocadero gardens, from where you have a romantic view over the Eiffel Tower;  the gardens of the Rodin museum, in front of the statue of The Kiss; but also, and not the least, the gardens of the castle of Versailles, where there are so many corners that you are almost sure to find one for a few seconds to believe that the two of you are alone in the world… 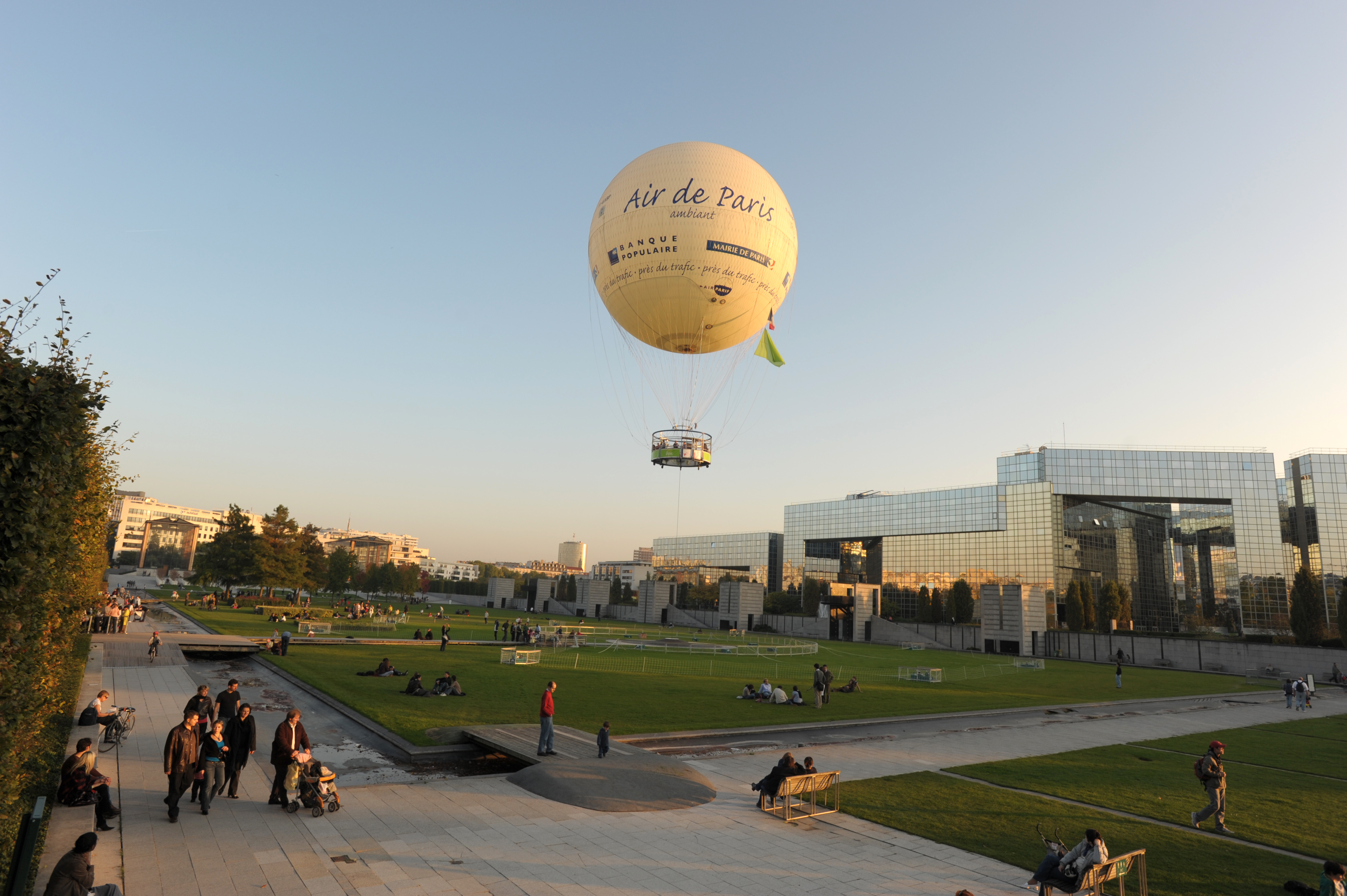 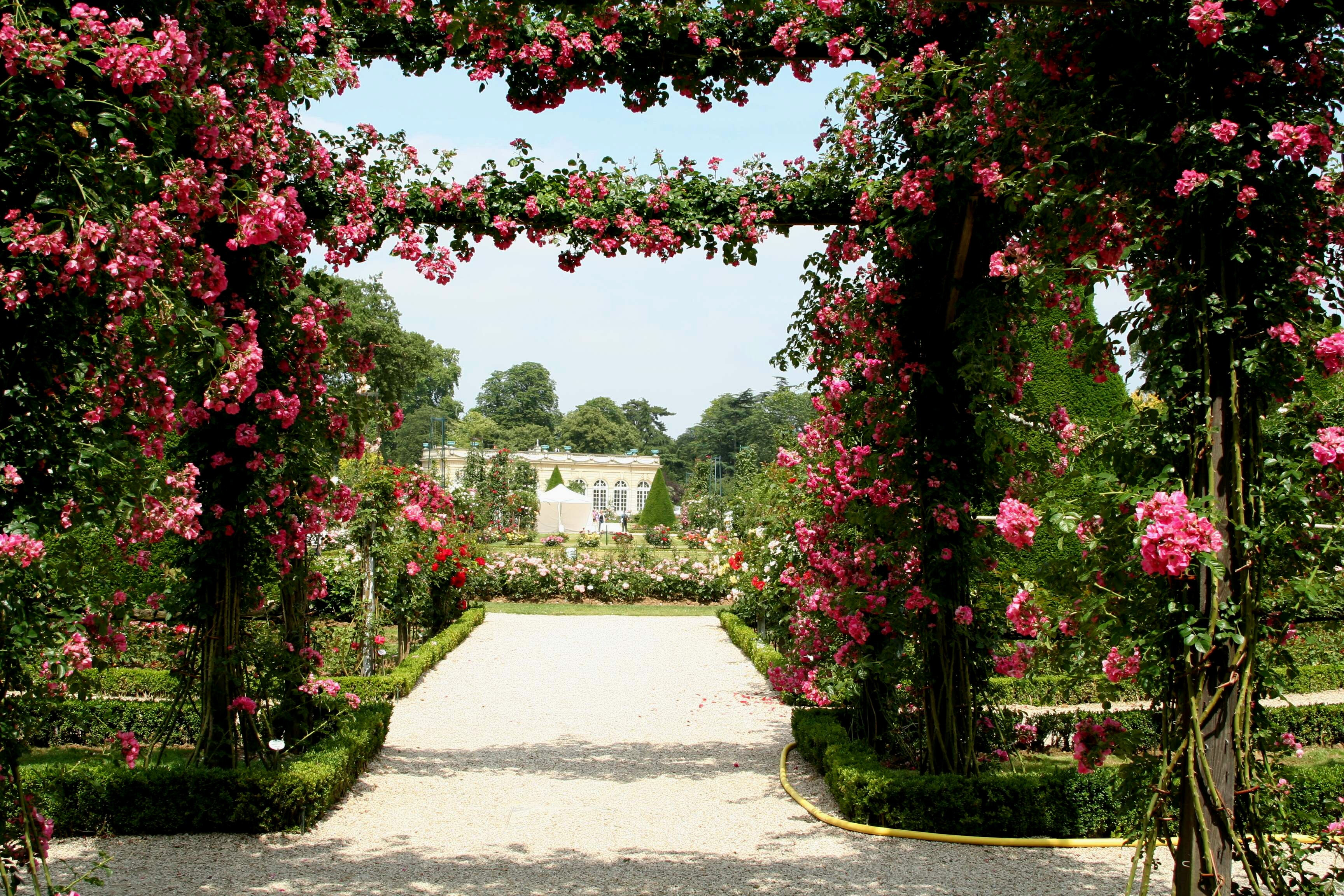 You already imagined how you would slip the ring in the champagne glass at the end of the meal, but you don’t know where you will be eating yet? Why not try the Jules Verne, a stared restaurant located on the 2nd floor of the Eiffel Tower? Or maybe La Tour d’Argent, whose speciality is the duck and which has one of the most beautiful view over Paris from the left bank. La Maison Blanche (The White House), if you book early enough to have a table near the windows, can also be a nice option. You can also choose to enjoy a cruise with dinner aboard one of the famous Bateaux Mouche. Unless you prefer to take you beloved out to the Moulin Rouge or the Lido, which do not need to be introduced, do they? 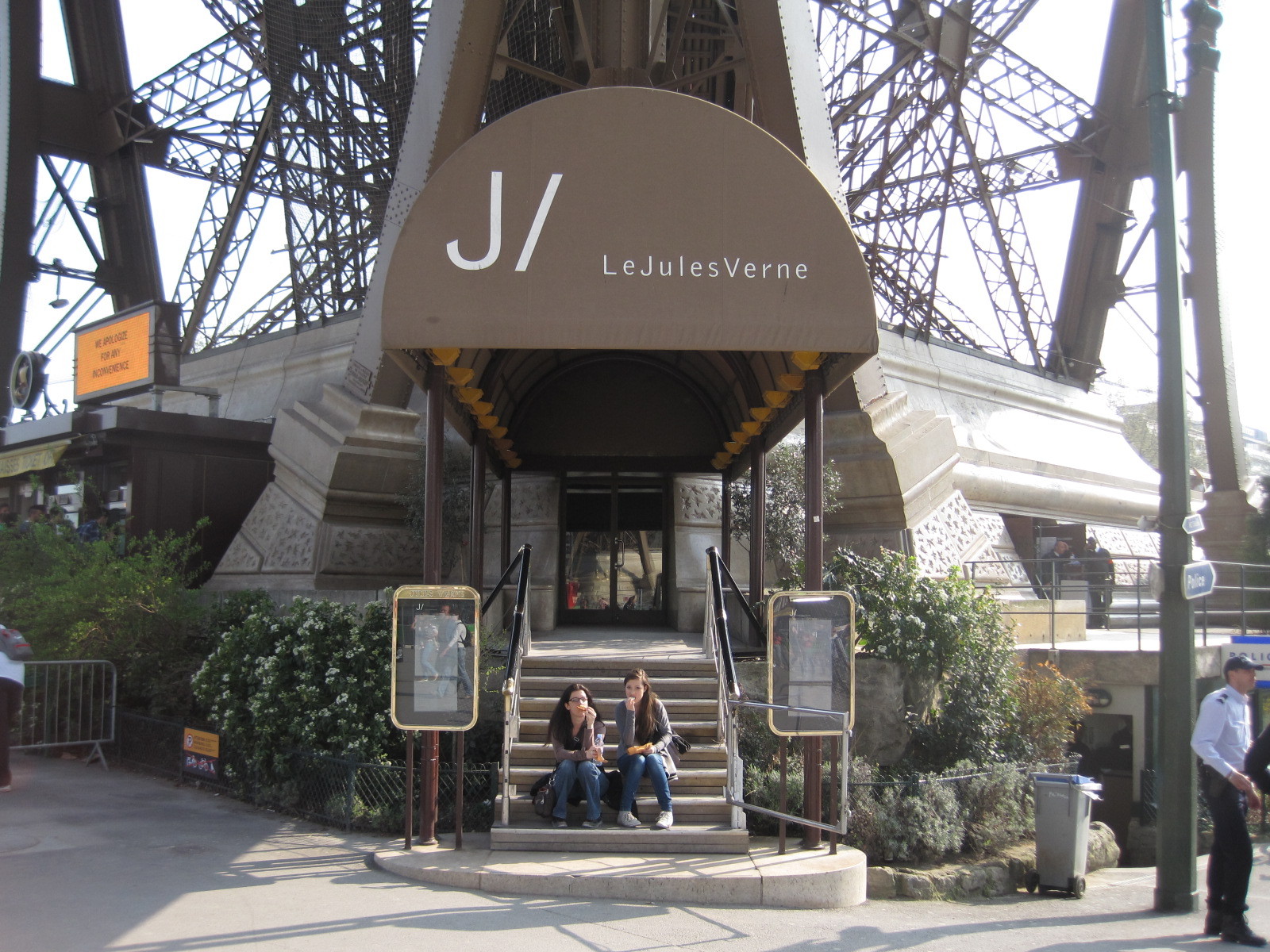 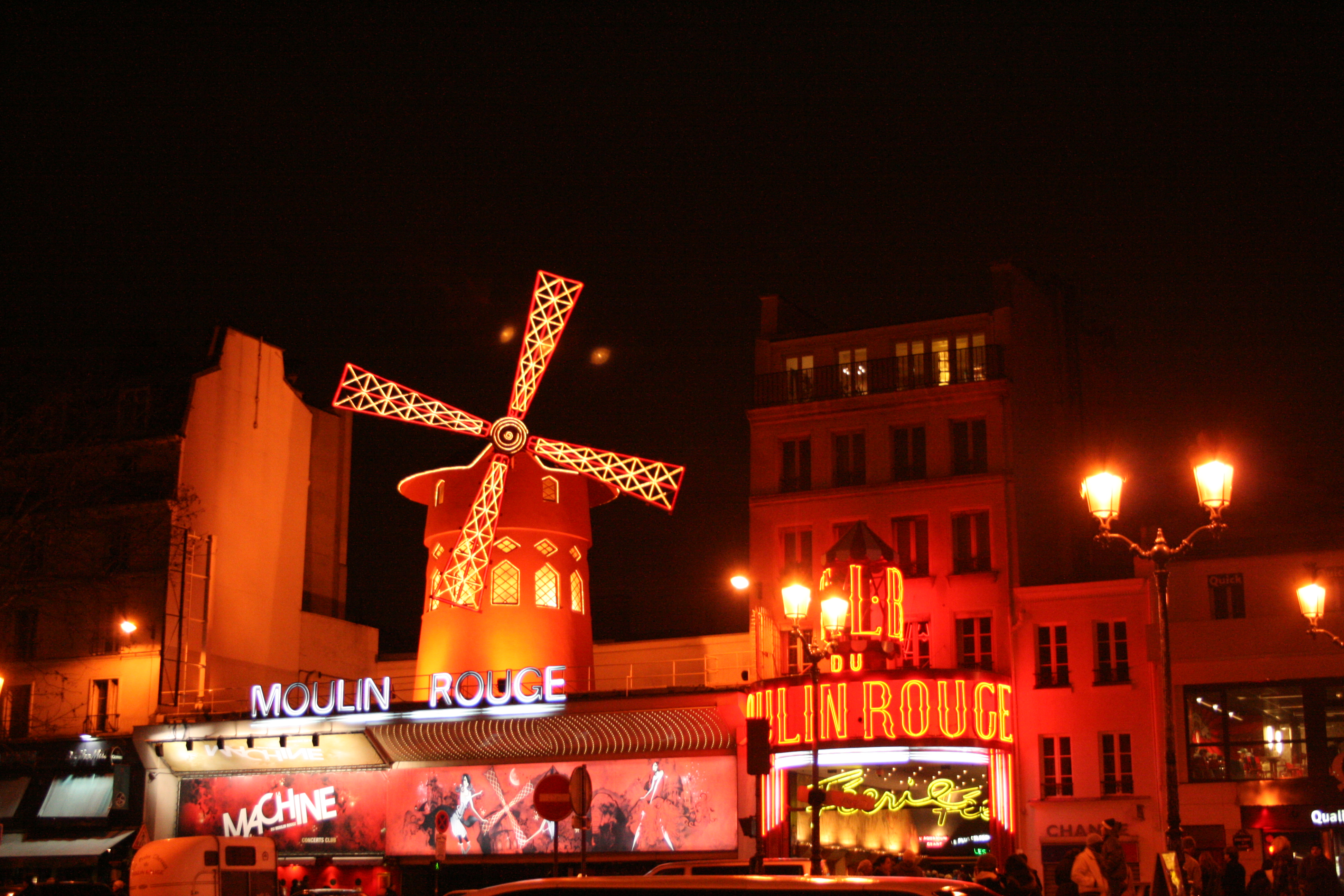 You will definitively find that it’s a great moment of complicity when you are just the two of you in your own little world, for instance during a ride in your private Citroën 2CV. Or, why not, in the alleys of the Père Lachaise cemetery, while looking together for Jim Morrison or Oscar Wilde’s monument. Or maybe just in the crowd, in the streets, near the Hotel de Ville, hoping that someone will catch a photo of your kiss that will become as famous as Robert Doisneau’s one…. 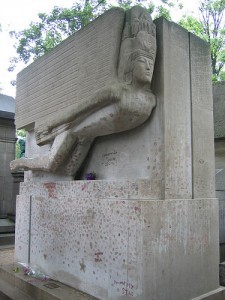 Just for you to know, if you want to make your proposal and to begin immediately to chose your venue, wedding rings and gowns to get married in France, the best time to do so is at when wedding fairs are held, i.e. the 3rd week of January (very chic fair at the Carrousel du Louvre, www.mariageaucarrousel.com), or at the beginning of October for the Fair of Wedding and Partyl (www.salonmariagefete.com) or the last weekend of October, for The Great Fair of the Wedding (www.legrandsalondumarriage.fr). But no pressure… 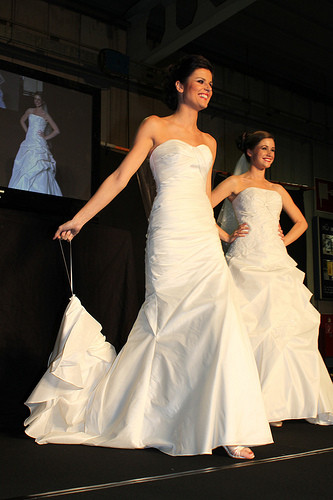 The Eiffel Tower Romance: A Behind-the-Scenes Look at the Iron Lady